(1)
BNS
aA
The United States' trade policy and possible negotiations on a free trade agreement with the European Union (EU) will not get in motion anytime soon, as they are not a key priority for the current US administration, say analysts of the US conservative public policy research centre Heritage Foundation. 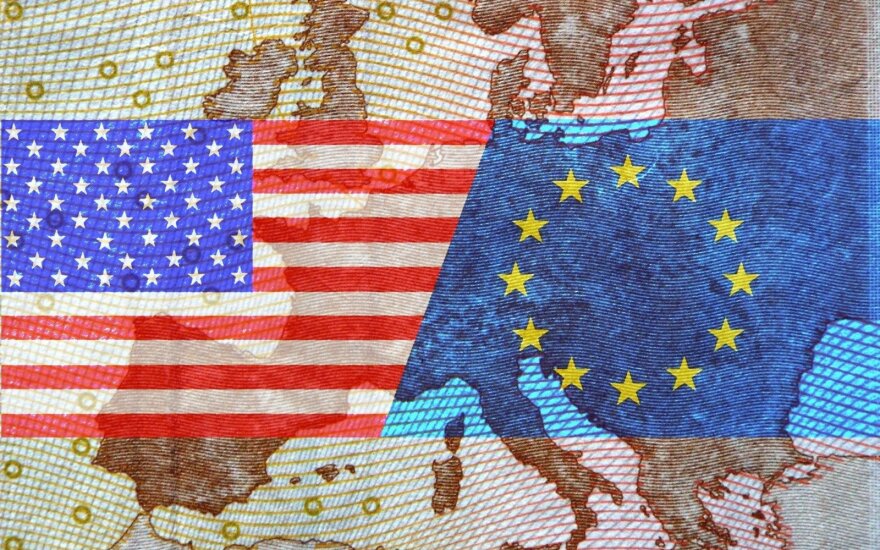 "If we are talking about one day or one year I don't see anything happening. I don't think given the rhetoric of the campaign that there is an imperative for the president to come up with new trade agreements. Except for some bilateral ones," David Kreutzer, senior foreign trade expert at the center, told Lithuanian journalists.

In his opinion, US President Donald Trump has lately been focusing on bilateral trade contracts, however, they will be narrow and suited for one sector or a specific company.

Related articles
Heritage Foundation: The US needs to get its Baltic force posture right  (3)
Lithuania, another 11 EU countries call on Brussels to continue TTIP talks

Meanwhile, the center's senior trade policy analyst Bryan Riley said that the EU should look at the ongoing talks among the United States, Canada and Mexico on revision of the terms and conditions of the trilateral North American Free Trade Agreement (NAFTA) to understand the future guidelines of US trade policies.

"I would pay close attention to the NAFTA negotiations and see if there are things that would be potentially problematic from Europe's perspective or aligning with how Europe would like to see a trade agreement going in the near future (…) Some of the markers that we are putting down in negotiations are not necessarily related to NAFTA. I think it's to make this a base for future trade agreements," said Riley.

The US-EU free trade agreement has been coordinated since 2013, however, the Transatlantic Trade and Investment Partnership ( TTIP ) was basically frozen after Trump was inaugurated as US president at the beginning of this year.

TTIP has earlier been stalled due to various objections in Europe and the US amid fears of its possible negative impact on European health and environmental standards.

Part of the costs of the BNS journalist's trip to Washington D.C. was covered by the Lithuanian Foreign Ministry. This has no impact on the content of the story.

Heritage Foundation: The US needs to get its Baltic force posture right (3)

The U.S. has a long history of championing the sovereignty and territorial integrity of the Baltic...

Lithuania and another 11 European countries have called on the European Commission to make efforts to...

The new defense integration deal signed by Lithuania and the rest of the European Union ( EU ) earlier...