DELFI EN
aA
At the beginning of June, the builder of the VIP terminal with a conference centre at Vilnius Airport became known – the state enterprise Lithuanian Airports signed a works contract with Eikos Statyba company which submitted the best offer. During the nearest 9 months, in the northern part of the airport, a modern, A+ energy class, two-floor building with an underground parking lot designed by architects Vilniaus Architektūros Studija will rise up, Lithuanian Airports informs. 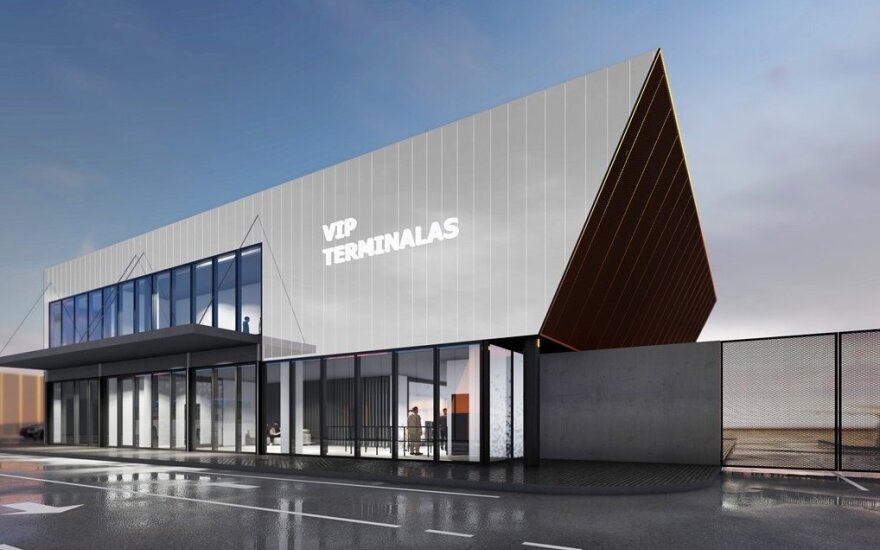 The design of the new VIP terminal with a conference centre involves rearrangement not only of the building but also of parking lots, access roads and outdoor engineering networks, the perimeter fences, as well as installation of the new ones. The contract value is EUR 3.6 million.

“When talking in general about the ambitions of airports, it is very important for us to have such an infrastructure that would not only properly represent the country against an increasing passenger traffic, answer the demand for VIP services and corporate events, as well as be efficient, but would also bring benefit to the organisation in the economic sense. Recently we have felt that it became rather a problematic combine official visits of different state representatives and private customers willing to purchase IP services in the old terminal. One should not forget also the fact that this terminal will be very important also in 2027 when Lithuania will again take over the presidency of the Council of the European Union. Currently, the goal is to start real works as soon as possible, whereas we will open the new building already during the third quarter of next year”, told the Head of Vilnius Airport Dainius Čiuplys.

“We hope that this project will allow our company to apply all the knowledge we have not only due to sufficiently brief time-limit for the accomplishment of construction work, high energy class of the building but also due to the implementation of unique interior and design solutions inside of it. The company is pleased being capable of contributing to the creation of this interesting diligence requiring object. By engaging professional team members, innovative technologies, we will seek the best result”, claimed Mr. Almantas Čebanauskas, CEO of Eika Statyba.

Offers for works contract in building a VIP terminal with a conference centre were submitted by 4 construction companies in total. The first preparatory works for construction should begin already this month.

Free drinking water stations will be installed at Vilnius Airport (1)

Vilnius ranks second to Riga among Baltic airports by traffic

Lithuania's largest international airport in Vilnius ranked second only to Riga among all Baltic...

Precisely 5 years have passed since the time when on 1 July 2014, the merger of all the Lithuanian...