New Labour Code to be postponed for half a year - Karbauskis

BNS EN
aA
Ramūnas Karbauskis, chairman of the Lithuanian Peasant and Green Union (LPGU), the party that triumphed in recent parliamentary elections, says that he will propose that the entry into force of the country's new Labour Code be postponed for half a year. 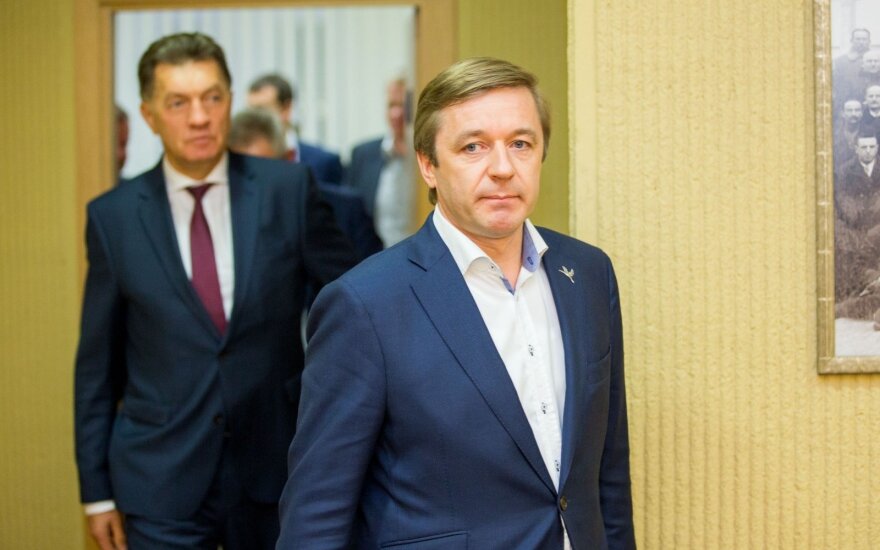 "I met yesterday with representatives of both trade unions and employers. I think we will put forward our common position in writing in the near future that the entry into force of the Labour Code should be postponed for half a year. This is a position that everyone shares," he told reporters on Thursday.

In Karbauskis words, it will be among the first decisions that the new Seimas will make.

"Employers have lost the sense of security and employers also understand it very well that things need to be improved to prevent a rise in emigration due to the Labour Code. These improvements (to the Labour Code that were passed on Thursday) are merely cosmetic and insufficient. We will definitely discuss this with our potential coalition partners," he said.

The Tripartite Council, which brings together representatives of the government, employers and trade unions, will have six months to discuss the package anew, the LPHU leader said.

"The Tripartite Council will think and discuss everything over again and we will adopt what it approves," he said.

Karbauskis does not rule out postponing the entry into force of the entire package of laws, the so-called "social model", for up to a year.

The outgoing Seimas passed the new Labour Code, aimed at liberalizing labor relations, last spring. President Dalia Grybauskaitė vetoed some of its provisions, but the parliament overrode her veto. The Labour Code is to come into force next January.

The proposal made by Ramūnas Karbauskis , the leader of the Lithuanian Peasant and Green Union...

The elections haven’t even concluded yet, but the “ Peasant s” are already promising to work...

New Labour Code to come into force next July

Lithuania's new Labour Code , which is part of the so-called social model package, will come into...