BNS
aA
Lithuanian President Gitanas Nauseda has proposed to the country's Seimas to increase social security spending by additional 100 million euros next year and to spend the majority of it to step up increases in old-age pensions and payments to the disabled. 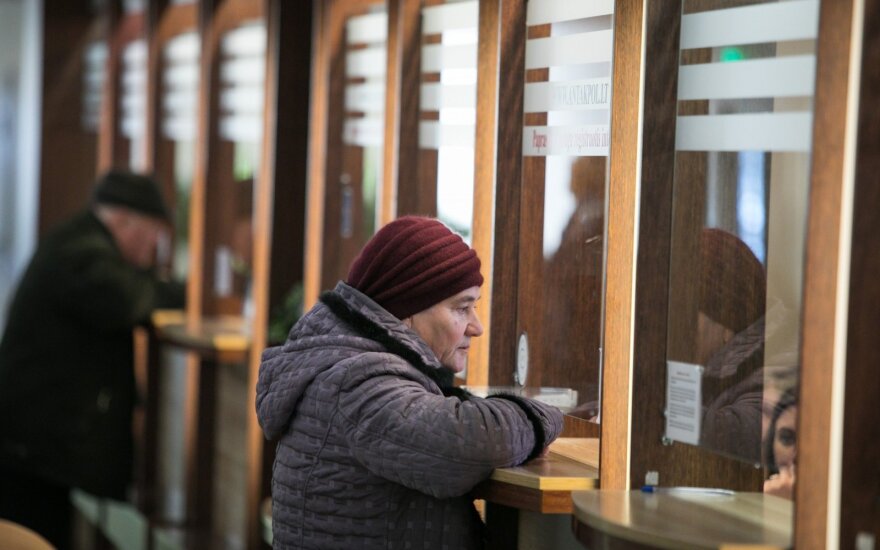 The proposed changes are part of Nauseda's proposals for the Seimas' fall session agenda.

"This package could generate around 100 million euros of both revenue and expenditure," Simonas Krepsta, the presidential adviser on economic affairs, said in an interview with BNS Lithuania on Wednesday. "We are submitting a balanced proposal on ways to increase expenditure to reduce social exclusion and income inequality, and we are also putting forward measures to collect that revenue. Elder people and the disabled would benefit the most."

The president is proposing spending the lion's share of the additional funds on raising old-age pensions faster.

Introduced in 2018, the pension indexation formula linked pension growth with the increase of the work-related pay fund. Nauseda is proposing increasing the indexation coefficient gradually for pension growth to overtake wage growth over the upcoming five years.

"Pensions should grow a bit faster, some 1.5 or 2 percentage points, than the average salary. We propose a certain temporary period, perhaps five years, and to add an additional coefficient every year for the changing norm to move up step by step from 42 to 50 percent (of the former salary – BNS Lithuania), taking into consideration the economic situation," Krepsta said.

The president is also suggesting reviewing the existing laws to step up increases in state support for disabled people without the necessary qualification period.

"The level of poverty among these people is also high. We are, therefore, proposing increasing assistance pensions for them faster, as well as supplementary pension payments and state-supported income," the adviser said.

The president is suggesting collecting the majority of the additional revenue from slowing down the reduction of the non-taxable income and also reducing the diesel fuel tax exemption for farmers.

Under the existing law, the non-taxable income should rise from 300 to 400 euros next year. The president is suggesting raising it only some 30 euros. "It could probably grow around 10 percent a year," Krepsta said.

The second source of the additional revenue would be smaller diesel fuel tax exemptions for farmers. Krepsta says this exemption now costs 83 million euros for the state budget every year, and under the presidential proposal, it could be halved.

"It would be logical to cancel part of it," the presidential adviser said. In his words, this proposal should also be evaluated in terms of environmental protection.

According to Krepsta, under the proposal, the 15 percent "ceiling" would not apply once a certain limit is reached, and the rate would grow at a similar pace as residential income tax rates.

"The key goal is to make sure that individual income, non-employment related income to become as similar to employment-related income as possible," the adviser said.

He believes such changes would not spook investors as major investors are more concerned out the qualifications of the workforce and infrastructure, and not the tax environment.

Figures from the European Commission show Lithuania is among EU members states with the lowest levels of expenditure for social security, and income inequality in the country is one of the highest in the EU.

Lithuanian President Gitanas Nauseda knows for some time already what he will be doing on the night...