BNS
aA
Lithuanian President Gitanas Nauseda says he has received assurances from his Ukrainian counterpart, Volodymyr Zelensky, that Ukraine will next spring complete its fertilizer market studies that are worrying Lithuanian fertilizer manufacturers. 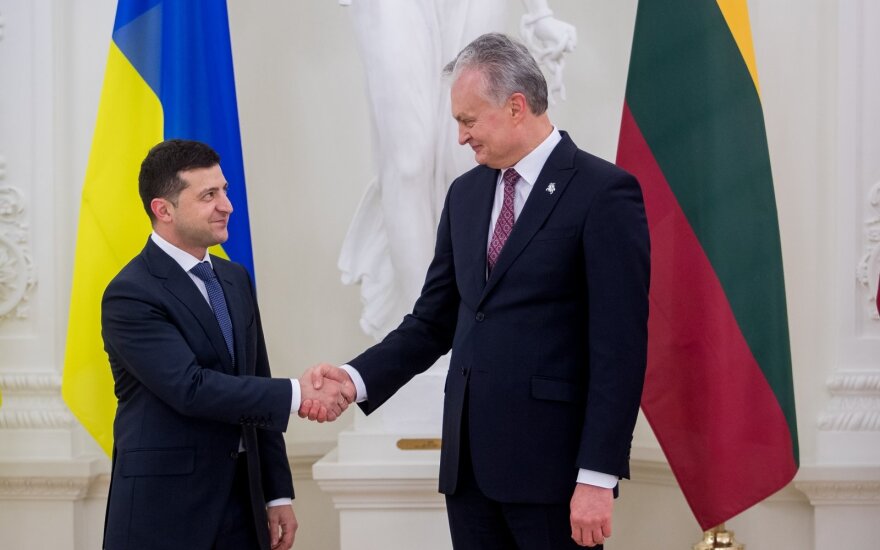 Speaking in a joint news conference after the two presidents' meeting in Vilnius, Nauseda said he believed that Lithuanian companies would have free access to the Ukrainian fertilizer market.

"We discussed the issue of fertilizers, which was somewhat problematic at first, but we were assured that the studies on fertilizer imports and the fertilizer market in Ukraine will be completed next spring," the Lithuanian president told reporters.

Lithuanian producers and government officials are concerned that Ukraine's trade protection studies regarding ammonium nitrate and compound fertilizers may lead to the country imposing import duties or quotas.

This could adversely affect exports by Lithuania's fertilizer manufacturers Lifosa and Achema to Ukraine.

According to diplomatic sources, Lithuanian officials have been raising this issue in bilateral meetings with Ukrainian officials for some time now and have also asked the European Commission for support.

Ukraine's authorities say the studies were launched in the light of increased imports from third countries, but critics believe that local oligarchs' business interests could be behind the initiative.

Nauseda said at the news conference that he expected the structure of trade between Lithuania and Ukraine to change in the long term, with the currently prevailing export of Lithuanian mineral fuels and fertilizers to Ukraine giving way to higher value-added business cooperation.

According to him, Lithuanian energy companies, especially solar power producers, see a great potential in Ukraine, and Lithuanian retailers are also looking to gain a foothold in the Ukrainian market.

Lithuania is disappointed with Apple's decision to show the annexed Crimean peninsula as part of...