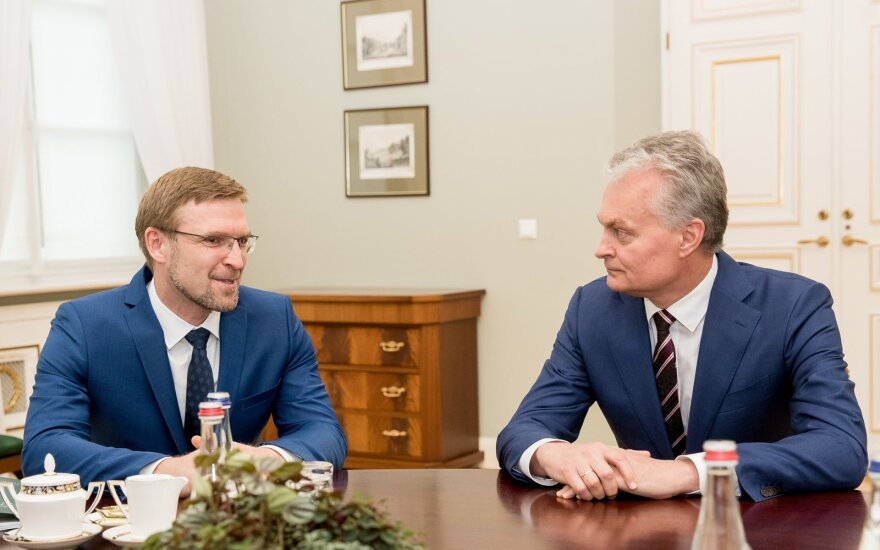 "Social security spending is low, and the emphasis here is on how to find resources to increase funding for social needs, which is (currently) about twice as low as the European Union average," Simonas Krepsta, a presidential advisor, said after Nauseda's meeting with Social Security and Labor Minister Linas Kukuraitis.

He urged the minister to take on leadership and discuss this issue with other institutions, including the Finance Ministry.

Nauseda met with Kukuraitis amid an ongoing Cabinet reshuffle.

The four political parties that signed a new coalition agreement in early July – the Farmers and Greens Union, the Social Democratic Labor Party, the Order and Justice, and the Electoral Action of Poles in Lithuania–Christian Families Alliance – have said they plan to replace at least three ministers.

However, Nauseda has voiced doubts about whether several ministers, including Kukuraitis, have performed well enough to continue in their jobs.

Saulius Skvernelis won a confidence vote in the parliament last week, clearing the way for him to continue as prime minister after returning his Cabinet's powers to the president, who was sworn in on July 12.

Advisor: Tamasuniene proposed for minister in response to Nauseda's recommendation (1)

The Electoral Action of Poles in Lithuania – Christian Families Alliance is proposing Rita...