(1)
DELFI EN
The beginning of 2019 stood out in the office market of Vilnius by the abundance of leasing deals as over 20 thousand sq. m of modern office space was leased in the first quarter, which is twice as much as new office space built, claims Vilnius Office Outlook, a Q1 2019 review on the office market of Vilnius drawn up by the international real estate advisory company Newsec. 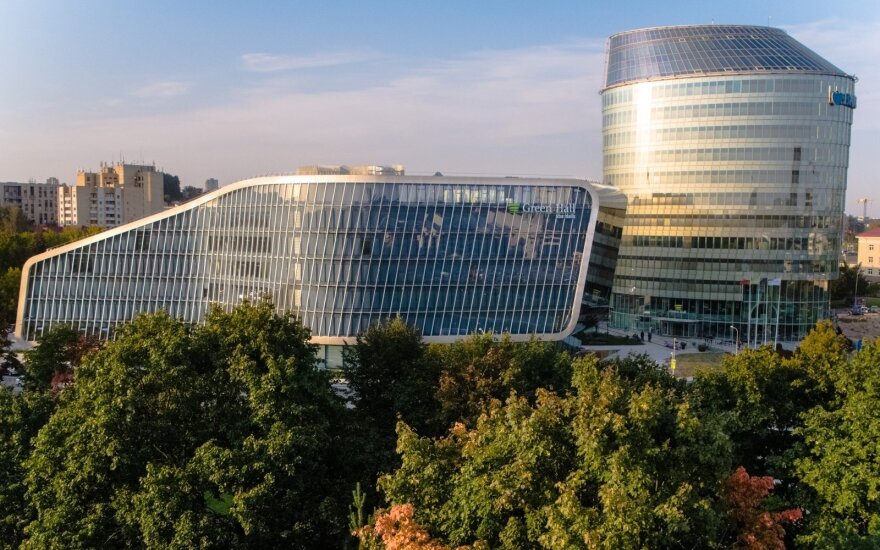 “Given the active beginning of 2019 with office leasing deals, the rest of the year promises to be intensive as new offices in Vilnius are still being opened almost fully occupied, and the pace of filling business buildings under construction with tenants clearly shows us that the need for modern, energy efficient and technologically superior office spaces have been formed and remains strong in the market,” notes Newsec Analyst Gintaras Toločka.

IT companies are the most active

Foreign-capital IT companies were especially active at the beginning of the year, making some of the largest deals with lessors this year. IT company Bentley Systems (US) leased 2.7 thousand sq. m in Uptown Park business center rising in Naujamiestis and scheduled to be completed in 2020.

Meanwhile, IT company MarkMonitor (US) leased 1.6 thousand sq. m and IT company TIA Technology (Denmark) leased 1.5 thousand sq. m in the second building, East Hill, of Park Town business center that will open its doors in the summer this year in the central business district.

This year, modern office space in Vilnius was also actively leased by local-capital companies that decided to move to newer and larger offices.

“The take-up of modern office space should remain at the high levels reached a few years ago. Last year, the market took up more than 75 thousand sq. m, and it is expected that this year the demand will remain similar and at least 70 thousand sq. m will be leased,” G. Toločka notes.

Construction of 7 more business buildings of 80.4 thousand sq. m is scheduled for completion this year. Most of them are Class A business centers: the second building of Park Town, Green Hall 3, second and third S7, Live Square, third Quadrum, and Class B U219.

At the beginning of 2019, the total office vacancy rate in Vilnius decreased from 3.7 per cent to 3 per cent and remains one of the smallest in the office market of Western Europe where an average vacancy rate amounts to 7-8 per cent. The area of vacant office space decreased due to active deal-making and to the fact that this year only one business center, Class B Duetto II of 8,500 sq. m, was completed in the first quarter, which had no significant impact on the capital's vacancy rate. 90 per cent of this business center’s area had been leased before the opening.
19 business buildings are planned

In the next three years, the modern office market of Vilnius will grow by more than 40 per cent as 19 more office buildings will rise, amounting to over 260 thousand sq. m of modern office space. 60 per cent of this demand will consist of Class A offices in the central business district.

Among the largest projects under development are Class B business complexes – Nova, which is being developed in Technopolis Ozas office city, and Business Garden Vilnius, whose construction will start in Lazdynai this year, each offering the market almost 30 thousand sq. m of office space for lease.

According to the expert, the development of business parks, such as Business Garden Vilnius, where office buildings are built with infrastructure for leisure, conferences, catering and other services, as well as with green public spaces for recreational zones will have a competitive advantage over other individual office buildings being developed in the capital. Two large office buildings with more than 30 thousand sq. m of offices and trading premises for lease will be built in the territory of 6.2 hectares in Laisvės Avenue in the first stage.

From smart mattresses that help tracking and improving sleep quality to production of green energy -...

Some Lithuanian businesses denounced on Wednesday a legislative initiative to ban alcohol and tobacco...

Foreign businesses are invited to Lithuania for workation

Vilnius is among the best cities in Europe to combine work and travel. And now for the second year in...