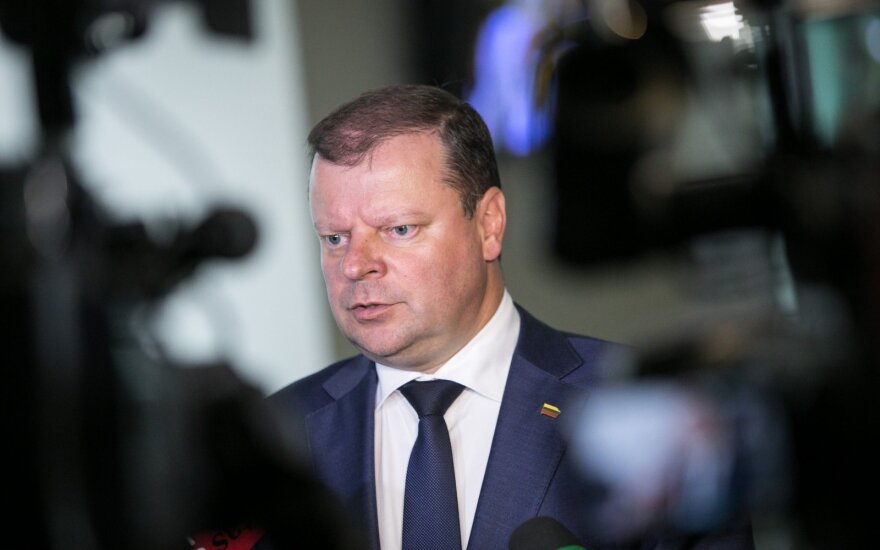 The prime minister hopes that decisions by his government and by the Seimas to bar access for electricity from the facility to the Lithuanian market will ensure that the project is economically unviable.

"When the talk is already about fuel being delivered and assemblies being loaded into the power plant in the near future, it's quite difficult to speak about any other ways (of blocking the project)," the prime minister said on LRT Radio.

"However, what has been done both technically and politically leads us to think that the project, which we consider unsafe, cannot be fully realized. If they try to do so, I think this will be economically unviable and difficult) to achieve)," he said.

At the same time, Skvernelis criticized the 2008-2012 government of conservative Prime Minister Andrius Kubilius, saying that it "collaborated" with Belarus.

"Of course, it's very bad that the project came to existence. If Lithuania had taken a sufficiently tough position and had sought other solutions at the right time, perhaps we wouldn't be faced with this problem today. But the then government of Andrius Kubilius collaborated with Belarus and jointly developed nuclear power plant projects both in Lithuania and in Belarus, and spoke about a common market," he said.

"A lack of position on our part or our approval at that time made it possible to build this plant."

Kubilius, the then prime minister, in April 2010 told his Belarusian counterpart, Sergei Sidorsky, that Lithuania was concerned about Minsk's choice of the site for its new nuclear power plant.

Kubilius also said that Lithuania and Belarus could expand their cooperation in energy and that Minsk could use Lithuania's experience in setting up a nuclear energy regulator.

In an effort to hamper the project, Lithuania plans to block electricity imports from Astravyets. However, other European countries have not yet backed Vilnius' proposal for a broader boycott.

With the European Commission expected to publish on Tuesday its assessment of stress tests at...

The Energy Strategy focuses on synchronisation and green energy

The European Union will next week present the results of stress tests at the Astravyets Nuclear...

The published information on the safety of the Astravyets nuclear power plant in Belarus does not...