Minister: part of Agriculture Ministry's functions may be moved to Kaunas

BNS
aA
Lithuanian Agriculture Minister Andrius Palionis says that a part of his ministry's units will likely be moved to Kaunas, adding that he himself will most probably remain in Vilnius. 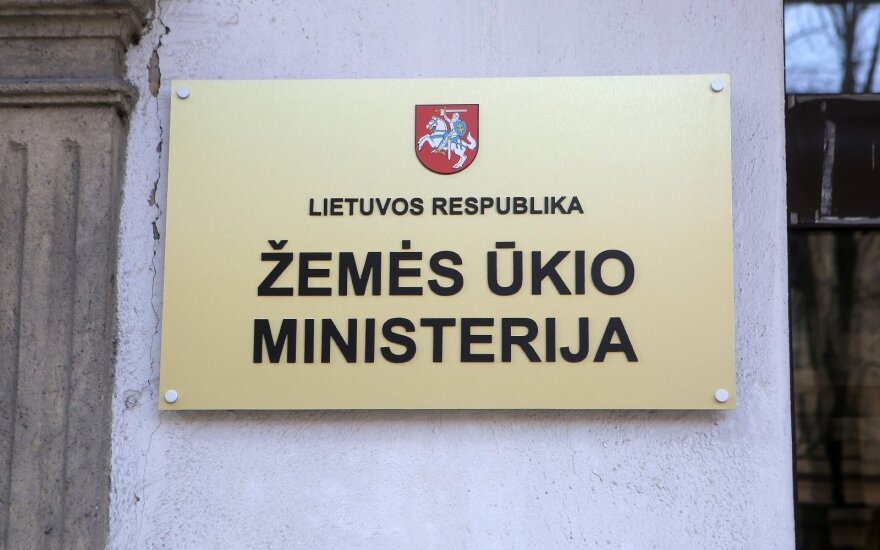 According to the minister, final answers as to the planned relocation will be given by a special task force that is currently analyzing the ministry's information flows, interaction among different departments and liaison with subordinate bodies.

"There is a common position – it has been approved by the prime minister as well – that policy-making units that, among other functions, hold negotiations on the new financial period and administer all support funds should remain in Vilnius. Other divisions should perhaps move to Kaunas," Palionis told the Ziniu Radijas radio station on Thursday.

"The task force has to ensure that the divisions in Kaunas should not duplicate work performed in Vilnius (...). The task group has been given until November 30, but I think that work will be done much faster," he said.

Palionis, who is also a member of the Seimas, expects to remain in the capital.

Prime Minister Saulius Skvernelis reiterated on Wednesday that the ministry would be relocated to Kaunas.

"This is the government's decision and it must be implemented," he told reporters.

According to information available to BNS, the possibility of moving 40 of the ministry's total staff of around 220 to Kaunas, up to 20 to Alytus, up to 30 to Panevezys, and up to 20 to Siauliai was discussed in mid-September.

Hollister Incorporated, an independent, employee-owned company that develops, manufactures, and...

Finnish-based fast-food chain Hesburger has launched the construction of a sauce production...

The Lithuanian government will not cancel the existing diesel fuel tax exemption for farmers, the...