Minister of Energy to ask about Latvian stance on Astravyets

BNS EN
aA
Amid the discussions in Lithuania on ways to halt the construction of the Astravyets Nuclear Power Plant (INPP) in Belarus, Lithuania's Energy Minister Žygimantas Vaičiūnas is addressing the issue in Latvia on Wednesday. 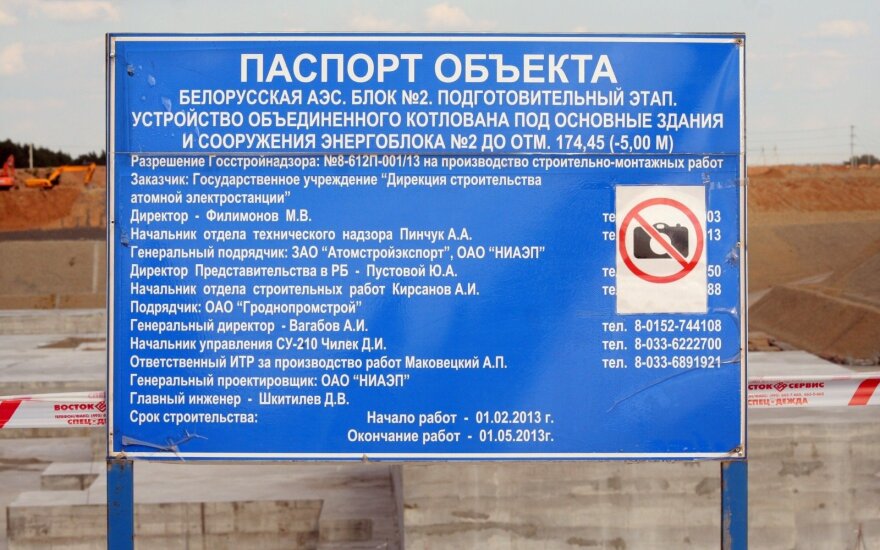 In an effort to halt the construction, Lithuania has decided to bar entry of Astravyets electricity to the local market, an idea also supported by Estonia. However, the Latvian stance is more reserved the country proposes demanding the highest security standards from Belarus but has no intentions of boycotting its electricity. The Latvian stance is ruining the Lithuania and Estonian plans, as the Belarusian power would still enter the single energy market via Latvia.

Vaičiūnas says he is meeting with Latvia's Economics Minister Arvils Aseradens to try changing the neighboring country's position and find out why it is different from that held by Lithuania.

"First of all, I will try to hear the argumentation behind the position. This has been covered broadly in the media and after the meeting of prime ministers, therefore, I think that it is important for us to have a position that would be as similar as possible. I will first of all see and hear why they are more skeptical about restricting electricity imports. I cannot say that I will go their and change their minds, my goal is to realize what the problem points are," Vaičiūnas told BNS.

He said he would also discuss the plans to synchronize the Baltic energy grids with Western Europe and the creation of a single energy market.

Lithuania's government maintains that the Astravyets facility under construction some 50 km from Vilnius falls short of safety standards. The power plant will feature two reactors, 1,200 megawatts (MV) each. The first reactor should be launched in 2019, with inauguration of the second one expected in 2020.

Belarus has rejected the Lithuanian criticism, saying that the power plant would follow the highest security standards.

Leaders of Lithuanian parliamentary political parties on February 10 agreed on closer coordination of...