Minimum wage set to go up next year 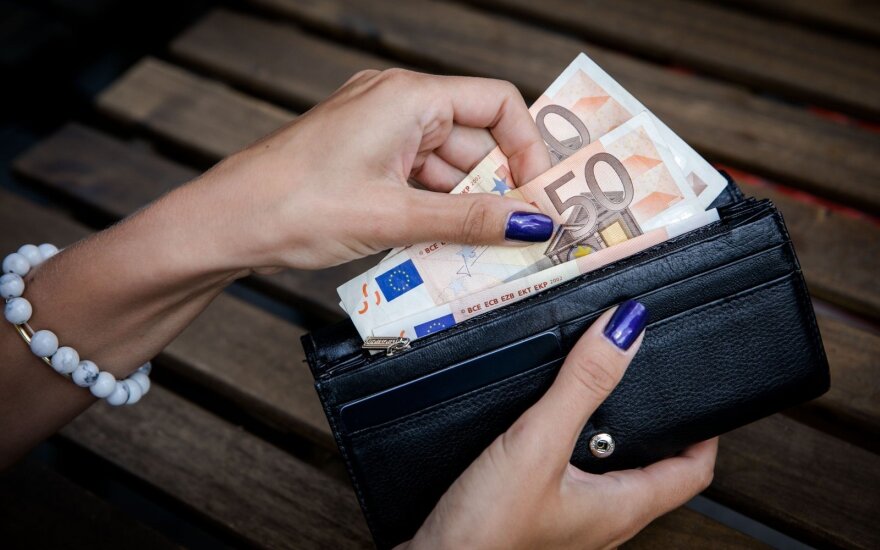 The state budget will need around 17 million euros a year for that, it's estimated. The government is set to make the relevant decision on Wednesday.

In late May, Lithuania's Tripartite Council, uniting the government, employers and trade unions, failed to reach agreement on how much to raise the minimum monthly wage as of 2020, leaving the government to decide that once again, just as it did last year.

Trade unions and government representatives suggested raising the minimum wage by around 10 percent to 607 euros before tax. Meanwhile, employers proposed increasing it to 580 euros, from the existing 555 euros before tax.

Last year, the Tripartite Council also failed to reach agreement on raising the minimum wage as of 2019, leaving the government to approve this rate.

The Tripartite Council has decided that the minimum monthly wage should amount to 45-50 percent of the average salary. Once raised to 607 euros, it will amount to 47.5 percent, compared to EU rates ranging from 45 to 51 percent.

Around 156,000 people in Lithuania including around 28,000 employees of budgetary institutions, earn the minimum monthly wage or less.

The Lithuanian Social Security and Labor Ministry proposes to raise the minimum monthly wage by 30...

The Lithuanian Cabinet approved on Wednesday a proposal to raise the basic amount used for calculating...