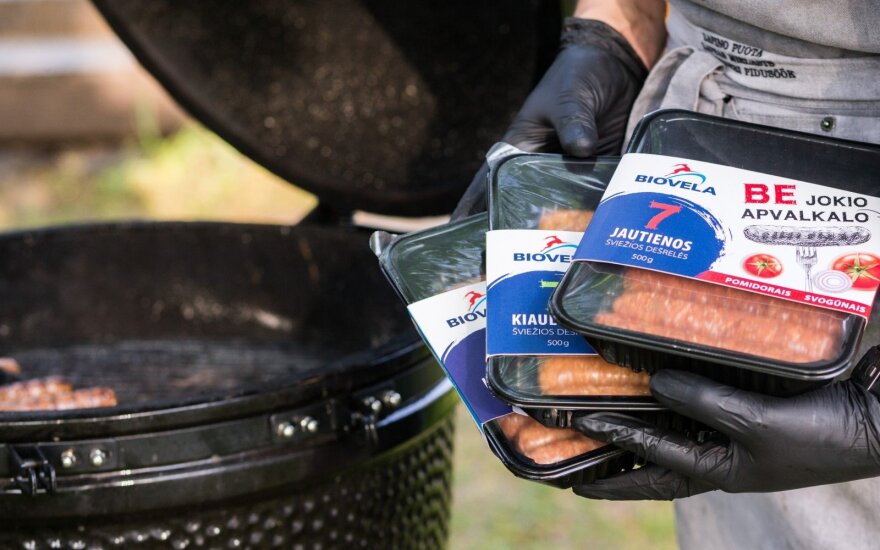 Mantas Staskevicius, deputy director at the State Food and Veterinary Service, says fines might be increased in the future.

"Under the food law, a fine might range from 144 euros to 24,000 euros," Staskevicius told a press conference on Thursday, adding that both Maxima and Biovela are facing fines due to their inappropriate actions. The process might take around six months, he said.

"We believe that both companies acted inappropriately. Both Biovela and Maxima which failed to inform us," he said.

According to Staskevicius, Maxima's procrastination to inform about unsafe meat at its stores cannot be tolerated and therefore a tougher punishment should be issued for that.

"That failure to inform and procrastination, in our view, cannot really be tolerated. We have always stated that and continue stating that it's wrong and we will toughen sanctions in the future. We will increase fines, the number of sanctions in the future, and if such companies fail to inform about unsafe food products, we will consider suspending their operation or even their closure," Staskevicius said.

Speaking of the initial source of salmonella, Staskevicius said it was probably a Biovela production facility but it would be difficult to track as the SFVS was informed too late.

Maxima sold around 11 tons of potentially contaminated Biovela meat and its products and on Feb 7 destroyed around 160 tons of all meat it received from different suppliers, incurring a loss of around 0.5 million euros.

It was the first time in Lithuania when all meat in one retail chain was destroyed.

Maxima might have sold contaminated meat for several days

Salmonella -contaminated meat could have been sold at Maxima stores in Lithuania for several days,...