BNS
Eligijus Masiulis, ex-leader of Lithuania's Liberal Movement, accused of accepting a bribe, claims the country's former President Dalia Grybauskaite had asked him to convince representatives of the MG Baltic business group to ensure her positive coverage by media outlets they own. 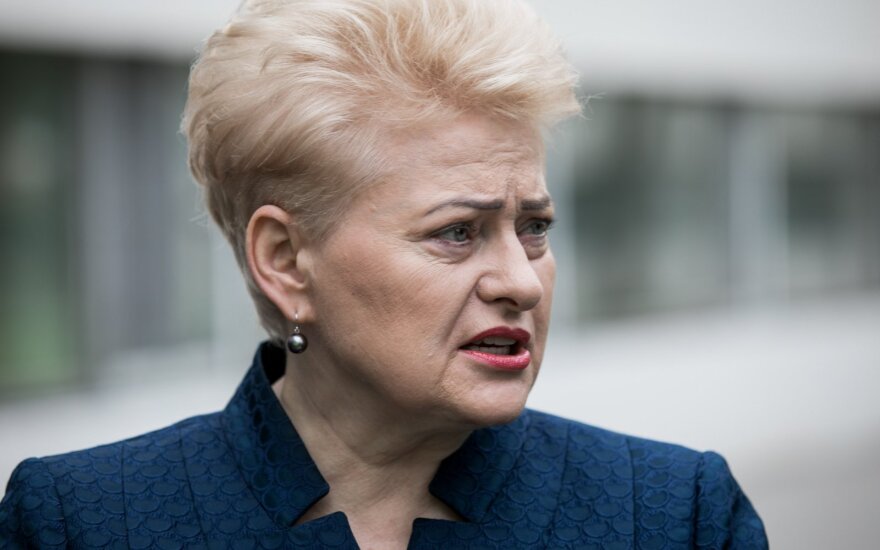 Masiulis says such requests should have been recorded in the Dec 31, 2015 sound recording played during Vilnius Regional Court's Wednesday hearing but that part of the conversation is missing in the case and the recording.

"During the conversation, there was a request on my part that Grybauskaite, president of the Republic of Lithuania, would like to have more positive coverage by the group's TV channels. I had personally received such a request from Madame President and just handed this request over," Masiulis told journalists.

In his words, the political situation was tense at that time and the president was strongly criticized by the then ruling social democrats.

Masiulis wants "all evidence to appear in the case for the sake of its objectivity" and also for Grybauskaite to testify in court.

Masiulis claims law enforcement officers found the emails he exchanged with the president but when the computer was returned, he found that the emails had been deleted.

"There's technology and I will find a way to save these emails anyway. In this case, the prosecutor refused to include the emails into the case as those emails reflected in a certain way requests for the president to be more positively covered by the media," Masiulis claimed, adding that he received more than one such request.