Map of Business Obstacles: seaside businesses worried about the shortage of qualified workforce

EN.DELFI
aA
The conditions in 5 out of 7 municipalities in Klaipėda County are seen as very favourable for business development, and the businesses of Neringa and Palanga face the least obstacles in the country. The seaside businesspeople are optimistic, but most worried about the lack of qualified workforce and high tax burden. 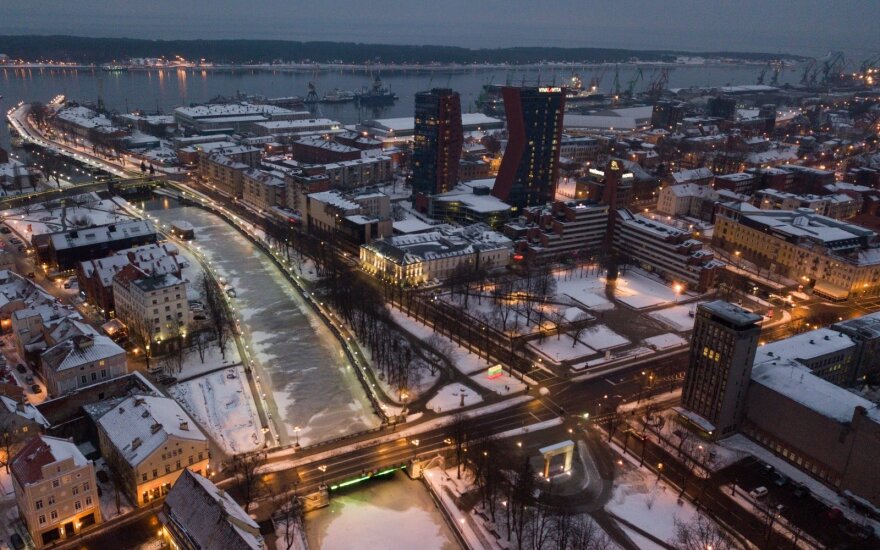 These are the findings of the Map of Business Obstacles 2018, a study initiated by Citadele bank for the third consecutive year. In the study, the views on business environment were expressed by 504 SMEs, 34 regional business associations, and representatives of all 60 municipal administrations.

Leadership of Neringa is fragile

In the Map of Business Obstacles, each municipality had its business freedom index calculated. The higher index shows less barriers to SMEs. In 19 municipalities the index grew, in 39 regions it dropped, and in 2 regions it remained unchanged.

Like in 2016 and 2017, the municipality most favourable for business in 2018 was Neringa: its business freedom index is as high as 156 per cent of the national average. Vilnius City Municipality stands second with an index of 137 per cent, and Palanga comes third with 134 per cent.

Giedrė Kubiliūnienė, Head of the Small and Medium Businesses' Department of Citadele bank, said that while Neringa Municipality remains the leader of business freedom index, some negative tendencies are observed.

"At a closer look, the climate in Neringa municipality is slowly changing, the growth rate of SMEs is slowing down: in 2017, the growth rate was 8 per cent, while in 2018, it was only 1.5 per cent. The situation in Palanga, which has displaced Kaunas from the third position, is different: the growth rate of new companies was stable here (4 per cent). If we look at the growth per 1,000 individuals, Palanga is the first in Lithuania. Better assessment of business environment by representatives of municipalities also helped to improve the position," said Ms. Kubiliūnienė.

According to the data of business survey, Klaipėda region as most favourable for SMEs was most often seen by trading companies.

Most problematic for Klaipėda region businesses is the tax burden, bureaucratic business regulation procedures, and a shortage of qualified workforce. These obstacles were mentioned as major problems by respectively 82, 48 and 50 per cent of companies of Klaipėda County.

"The survey indicated that one of the biggest problems for seaside businesses is the shortage of qualified workforce. This problem is much more pressing for Klaipėda County businesses than those operating in other regions. In order to avoid even greater problems in the future, the businesses need to strengthen the relationship with existing employees, increase the focus on their motivation, and be more involved in the education process. Of course, this requires the willingness of the authorities to cooperate," said the representative of Citadele bank.

The biggest obstacles in border regions

The general data of business freedom index in the country shows that the regions close to the borders with Poland and Latvia find it more and more difficult to withstand the international competition. While the largest cities and resorts of our country remained attractive for business over the past year, the situation in the northern and southwest regions is least favourable for economic activities.

"Economic corrections at the political level inevitably give rise to sectors or, in this case, geographic areas, which are less successful. Latvia is attractive to our consumers due to lower prices of alcoholic beverages, while Poland offers cheaper food products, beverages and other household goods. Therefore, we have a situation, where the regions geographically close to attractive foreign areas must comply with national regulations, and even the best local incentives could hardly improve the situation substantially," Ms. Kubiliūnienė summarised the survey results.

According to the representative of Citadele bank, business obstacles could be reduced by more active use of opportunities provided by the fourth industrial revolution, increased focus on employee motivation, and a more active dialogue between the businesses and local governments.

More than one third of Lithuanian entrepreneurs are not only exposed to the shortage of qualified...

Capella Baltica, a Spanish cosmetics and food industry supplier, has increased the amount of its...

In order to create more favorable conditions for container ships, entering the Klaipėda seaport, the...

Lithuania's western port of Klaipėda is on Friday hosting a public forum on what unites and divides...