Elta EN
aA
The structure of Lithuania's economy has clearly changed over the last two decades, an economist says. 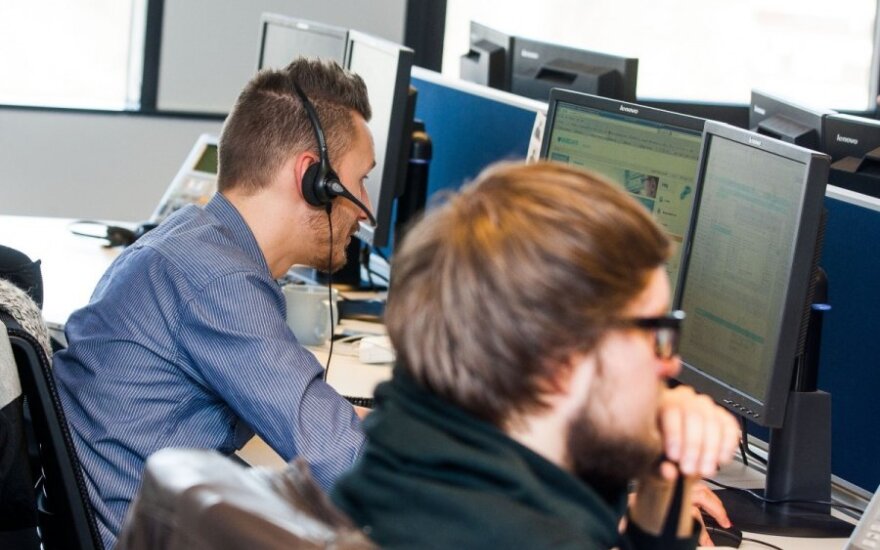 Over the last 20 years, the share of agriculture in Lithuania's GDP contracted threefold, from 11-12 percent in 1995-1996 to 3.4 percent in 2014. The share of industry (including extraction and energy) stayed rather stable, at 23-24 percent. Meanwhile the share of the service sector grew from 65 to 73 percent. Therefore, as standards of living were improving, the structure of Lithuania's economy shifted towards that of economically advanced countries.

Senior analyst at SEB Bank, Vilija Tauraitė, says that statistics tell little about the contribution of Lithuania-based service centres opened by foreign companies to the rising importance of the service sector as a whole.

Over the last decade, the share of trade, transport, accommodation and restaurant services grew most. However, the significance of information and communications sector on the country's economy diminished. Service centres by themselves do not mean that the flow of direct foreign investment will increase. Unlike manufacturing companies, service centres can get by with minimum investment as they do not acquire other companies, buildings or equipment. According to Tauraitė, the key economic advantage of new service centres are the well-paid jobs that they offer for local work force. Not only do they stimulate wider wage and consumption growth, but also establish an attractive environment for re-emigration.

Foreign direct investment in Lithuania grew most prior to 2007, when state property was being privatised, but afterwards the growth subsided. In the last two years, total direct foreign investment has not changed. It increased in financial, real-estate operations, administrative services, transport and storage, construction sectors. But in manufacturing and energy industry, direct foreign investment decreased.

It seems, therefore, that foreign investors are beginning to appreciate Lithuania less for its manual labour than for potential in more complex manufacturing or service areas. They also see the potential for domestic market growth by investing in real estate properties or retail trade.

The analysis of industries allows to make similar conclusions about changes in economy. A typical example is the decline of the role of textiles industry, which is traditionally characterised by low added value. In 1998, textiles and apparel industry accounted for 14.9 percent of Lithuania's total industrial production, whereas in 2014 it accounted only for 4.9 percent. The share of food product and drinks industry decreased from 27.6 to 20.1 percent. Meanwhile the importance of refined petroleum products, chemicals, furniture, rubber and plastics, metal and electrical appliance increased.

On the other hand, the last decade saw a drop in manufacturing of computers, electronics and optical products.

Tauraitė says that industrial companies are manufacturing more for exports and not domestic consumption, which is a good sign, indicating that Lithuanian products are competitive. In 1998, Lithuanian companies exported 48.3 percent of their production, whereas in 2011-2014, around 60 percent.

One sensitive issue which might slow down the growth of standards of living in Lithuania is the lack of investment by companies. In the last quarter of 2014, tangible investments rose by just 0.9 percent. Thus if investment in manufacturing or service development and efficiency remains low, future economic development might be hindered in the short term, the analyst says.