BNS
aA
Suspicions have been brought against two staff members of the Eurovaistinė drug store network as part of an ongoing investigation into suspected corruption at Šiauliai Hospital. 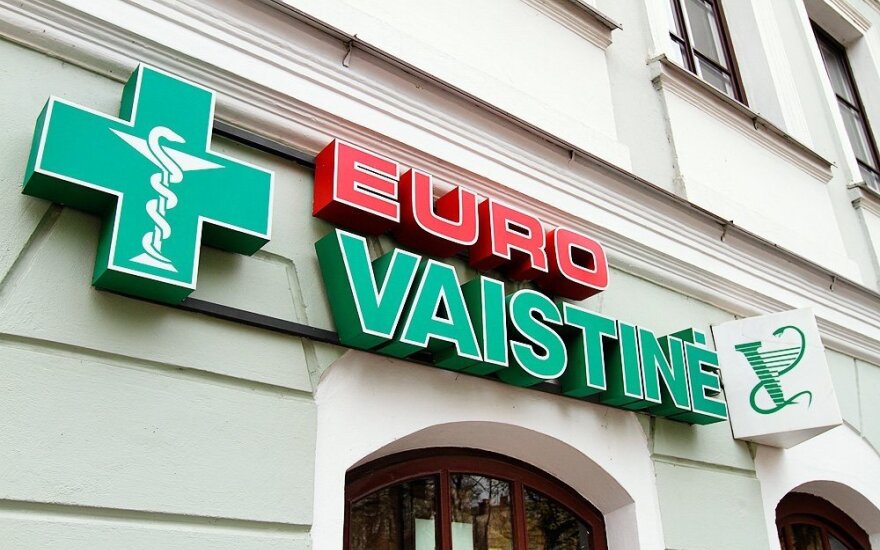 Sources have told BNS that the Special Investigation Service has brought suspicions of trading in influence against the head of the Eurovaistinė network, Kristina Jakubauskienė, and the network's manager for Šiauliai region.

"The company has learned that suspicions have been brought against two staff members as part of the case of Šiauliai Hospital director Petras Simanavičius," Laura Bielskė, spokeswoman for Eurovaistinė, told BNS.

"We are aware that the hospital's director, through his intentional action, sought personal benefit, wanted to make staff accept and trade in goods sold by a person linked to the director. Our network has never sold and is not selling such goods. The company is carrying out an internal investigation and we are fully cooperating with the authorities, therefore, we have submitted all the information they needed," Bielskė said.

The Special Investigation Service suspect that Simavičius, the head of Šiauliai hospital, approached Eurovaistinė, offering to induce doctors at his hospital to recommend the chain to their patients. In exchange, he demanded that Eurovaistinė sold medical products distributed by his daughter.

Director of the Eurovaistinė drugstore chain Kristina Jakubauskienė said later on Tuesday she would resign.

"I believe in my innocence, however, my focus is on the company's transparency and I do not want to affect its reputation, therefore, I am resigning," Jakubauskienė said in a comment to BNS.

The Eurovaistinė pharmacy chain, which runs 265 drug stores in Lithuania, is owned by Vilniaus Prekyba, which also runs the Maxima grocery chain and Akropolis shopping malls.

The Special Investigation Service opened a probe into the management of Šiauliai hospital in 2015. It is suspected of awarding public procurement contracts, worth hundreds of thousands, to particular companies in exchange for bribes. Twelve individuals have been named suspects in the investigation, including the hospital's executive director, director for strategic management and director for infrastructure.