www.lrt.lt
A mild winter and low moisture may spell bad news for the Lithuanian mushroom harvest this season, according to Virginijus Varanavičius, the head of the Berry and Mushroom Business Association. 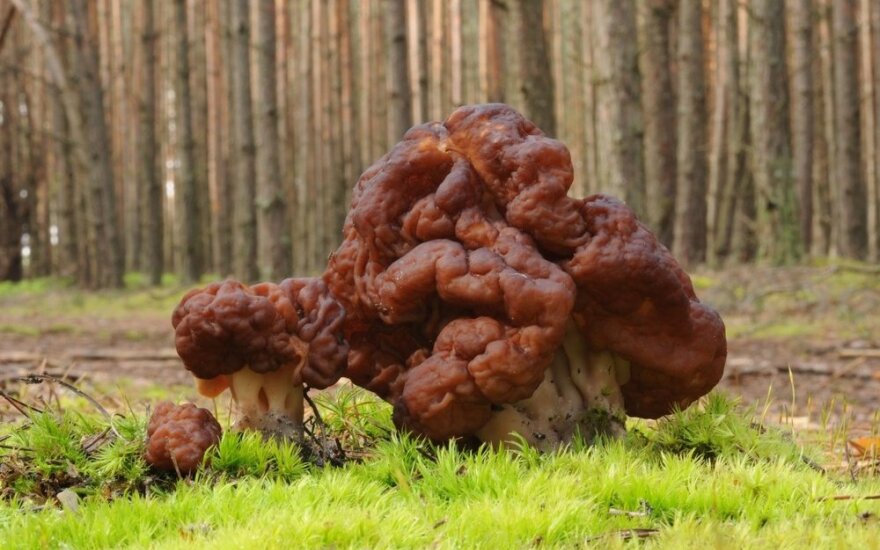 The poor harvest of false morels currently sprouting in Lithuania's forests can also be a sign of a poor upcoming harvest, according to Varanavičius.

Last year's mushroom harvest was the worst seen in the last decade, Varanavičius said. “It was dry, and mature forests that bear good berry and mushroom harvests are also disappearing. It's hard to predict what this year's harvest will be like, but the spring is cold and there isn't enough moisture. Recent winters have all been poor, without snow,” he said.

“Traditionally, they said that if there were many false morels, there will be chanterelles and autumn mushrooms. So far, the weather is cool and the false morels have been growing poorly,” said the mushroom expert.

These predictions, coupled with a falling number of mushroom pickers in Lithuania's rural regions, may lead to an increase in mushroom imports from other countries, said Varanavičius.

“We probably won't make do without Belarus or Russia. Belarus has enough solid operational companies, and some of them work even better than we do. They have cheaper labour and electricity,” said Varanavičius. He also claimed that Russia and Belarus' forests were larger.

Nature expert Selemonas Paltanavičius, however, didn't see the poor false morel growth as a problem. According to him, false morels' root systems are shallower than summer or autumn mushrooms' root systems. However, he did acknowledge that this year's conditions for mushroom growth so far had been poor. “So far, we can't say what the mushroom harvest will be like. We must wait until the middle of May to see what the summer will be like,” said Paltanavičius.