Lithuania’s economy to ride out global turmoil in 2016

LT Daily, DELFI
aA
Lithuania's economy will grow by 2.8% in 2015 despite a range of headwinds, driven on by increased consumer spending, low oil prices and a recovering Eurozone, according to SEB Bank’s latest projections. 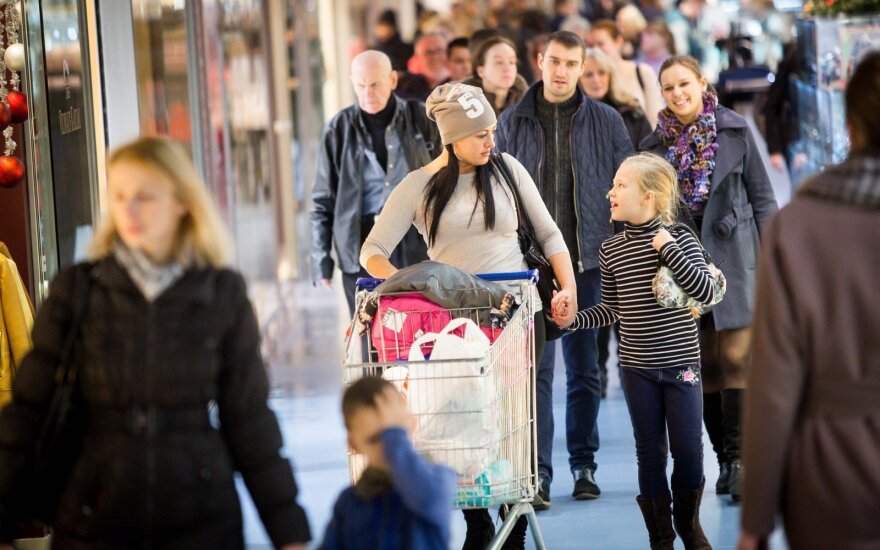 The bank has not revised its earlier estimates down, although it still said that planned government spending relied on very optimistic macroeconomic forecasts.

Presenting the Lithuanian Macroeconomic Review, economist Gitanas Nausėda, advisor to the president of SEB Bank, said that Lithuania's economy will get a positive boost from recovery in the eurozone, although the country has not yet succeeded in completely replacing export markets lost in Russia.

The huge slump in the price of oil in 2015 is nothing to be very happy about, Nausėda said, because it is a destabilizing factor in world affairs and the world economy.

"In Lithuania, we might be happy [about cheap oil], but it polarizes the world, since some countries win and others, which depend on oil sales, are forced to take desperate measures," Nausėda said.

The Organization of Petroleum Exporting Countries (OPEC) could make a decision to cut production and that would raise oil prices. But that will not happen unless these countries think that low prices pose danger to them, Nausėda added.

SEB Bank estimates that the Baltic economies will grow faster in 2016-2017, a result of recovery in the eurozone. 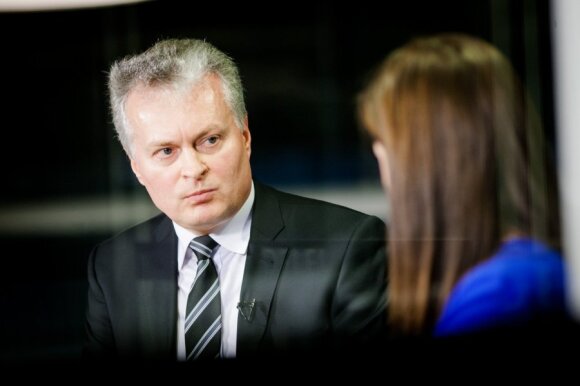 SEB Bank has not changed its forecast for Lithuania from last September. Most estimates put the expected growth in 2016 between 2.5% and 3%, but are revising them slightly down.

"If it were not for household consumption and investment, Lithuania's economy would be in recession today," Nausėda said of 2015.

One of the biggest challenges in 2015 was Russia's embargo that hit Lithuania's transportation industry. Transport companies survived the blow largely thanks to a drop in fuel prices.

"We must say, however, that the situation is far from perfect. We haven't managed to substitute the lost Russian market either in terms of volume or value, since dairy product prices dropped," Nausėda said.

He said that the Chinese market held promise for country's dairy producers, difficult though accessing it might be. "We might not move mountains there, but we could serve the needs of a neighbourhood in Shanghai," Nausėda joked.

One of the most surprising figures from 2015 was the 85.4% growth in sales of telecommunication devices.

"At first, we couldn't believe it when we saw the figure," Nausėda said. "Then they explained to us that there's now a covert revolution underway where everyone is switching to smart devices."

Growth was also reported in household goods and other non-essentials. Meanwhile foodstuffs, alcohol and tobacco sales grew by less than 2%.

SEB Bank forecasts average inflation of 0.3% in 2016 and wage growth of 5.5%. Unemployment is to stay at around 8%, according to SEB estimates.

"Let me note that our inflation projections are unlike many others which see it as being higher. However, we stand by our figure encouraged by [currently] decreasing oil prices," Nausėda said.

Reviewing global economic projections, Nausėda said that outlook was quite optimistic but that the global economy could get hit by a free-fall in China.

"But 6.5% sounds rather optimistic even for Chinese officials themselves. They've almost started doubting if this target will be achieved, something which happens very rarely," he said.

Corrections that have affected China's stock market over the last six months will continue to press the country down.

Reacting to Chinese problems, American and European stock markets, too, have had the blues lately. Some believe, Nausėda said, that the US had already reached its peak and would struggle to maintain growth levels.

"Especially if you look at the Federal Reserve's decision last December to raise interest rates. Sure, some critics say the move was premature, but it is now time to think when the European Central Bank will start raising interest rates," said Nausėda.

This should not happen before September next year, bearing in mind the ECB's extension of its quantitative easing programme, and even after that the change will be gradual.

The low-interest era might continue for another decade, Nausėda believes.

With the new year will come new changes to Lithuania's tax codes and other laws that will change...

Modest growth or stagnation: what happened in Lithuania in 2015?

According to Gitanas Nausėda , the advisor of the president of SEB Bank , 2015 wasn't a very...

Lithuanian economic growth this year has been the slowest among the Baltic countries , but analysts...