Elta EN
aA
Despite Russia's embargo and the complicated situation in top export markets, Lithuanian economic growth in 2014 will be among the fastest in the EU member states. 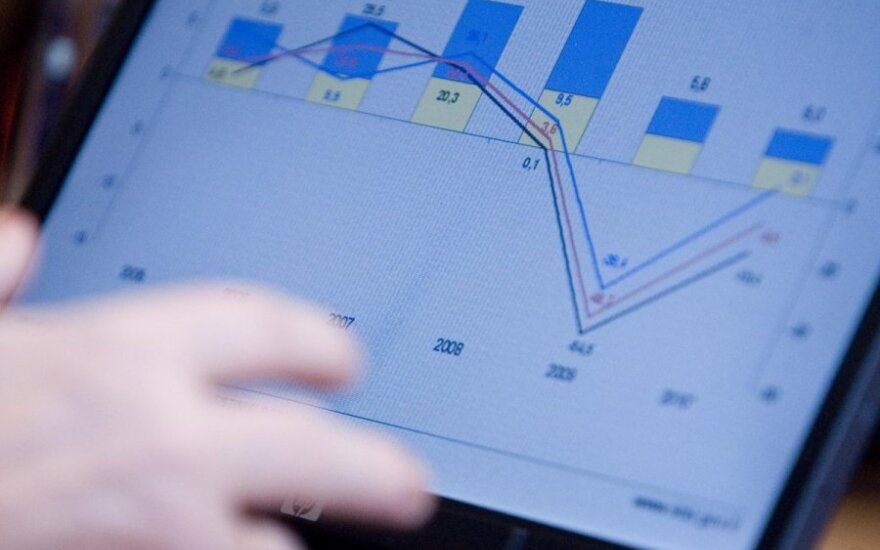 DNB economists forecast that Lithuania's real gross domestic product (GDP) will grow 2.8 percent in 2014, while in the neighbouring Latvia and Estonia economic growth will be slower this year: 2.4 percent and 1.7 percent respectively, the bank said in a statement.

Lithuanian economic growth this year was powered by a strong burst in domestic demand, i.e., consumption and investments were growing faster. The environment was rather benign: recovering corporate profitability, rising salaries, low inflation, increasing individual purchasing power, low interest in the market, and positive Euro introduction effect, which has already reduced the country's borrowing rates. Meanwhile, some domestic activities in Latvia and Estonia have run out of steam this year.

Related articles
Annual inflation increased to 0.1% in October
Lithuanian economy to grow fastest in Baltics in 2014-2015

DNB analysts presented the Baltic Economic Outlook on Tuesday. They forecast that Lithuanian GDP growth in 2015 will be slightly slower at 2.6 percent. The economic growth forecast in Latvia and Estonia makes 2.5 percent and 2 percent respectively.

"Lithuania's domestic market is shallow with limited growth potential, thus we are very much dependent on exports. But it is obvious that gaining momentum in the export growth will not be easy due to the complicated situation in Lithuania's key markets, while capturing new markets takes time. The investment processes, which supported the growth this year, are very sensitive to business expectations and the ongoing uncertainty is not helpful here either. Therefore, next year we will see more moderate Lithuanian economic growth,"says Indrė Genytė-Pikčienė, DNB bank's chief analyst.

Annual inflation increased to 0.1% in October

In October the prices of consumer goods and services increased by 0.1%, both in annual and in monthly...

Lithuanian economy to grow fastest in Baltics in 2014-2015

According to the latest EU economic growth report of the European Commission , Lithuania will see the...

The first decade in the European Union has been good for Lithuania. There is still much to be done,...

In its autumn forecast the European Commission has reduced economic growth expectations both for the...