Lithuania's DIY growth fuelled by competition and trust in the economy

Domas Jagminas
aA
Even though all Lithuanian real estate market segments showed growing numbers, DIY (Do It Yourself) shopping centers were especially successful. The main reason for the significant changes in this market segment was the arrival of a new market player and the established players' reaction to the newcomer's moves. Active DIY development also signifies the developers' trust in the country’s economic situation, as well as the likelihood of international DIY giants paying attention to the Lithuanian market. 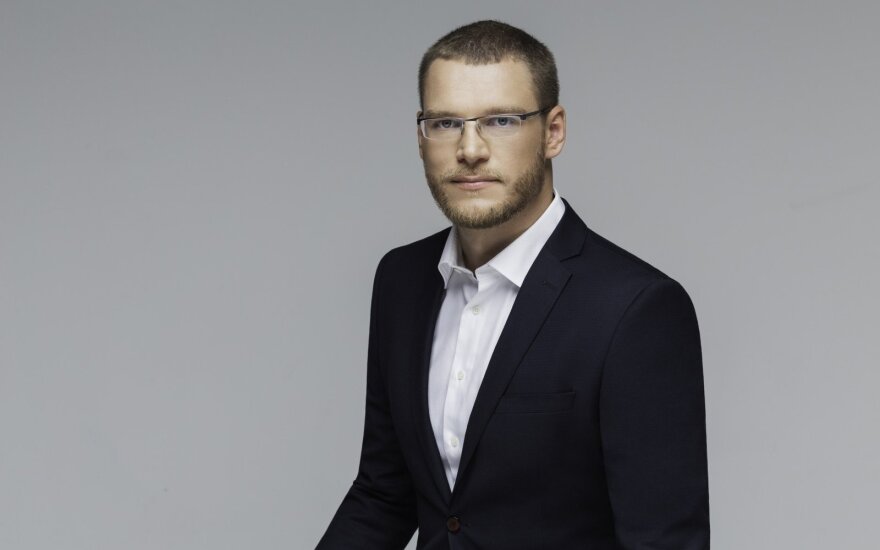 The DIY segment in Lithuania has put up some impressive numbers this year: 81,213 square meters of DIY stores were opened in the first three quarters of 2018. This is three times more than the numbers recorded throughout the entirety of 2017. The next year promises to be even more impressive with 130,000 square meters of DIY space planned or already being built. What does it all mean and why is it so?

In the environs of competition

Let's start with the most obvious reason for growth in this field. The DIY market in Lithuania is obviously reacting to the arrival of a new player, the Latvian company called DEPO. This company gained a foothold in Lithuania with its first space in Klaipėda, established back in 2016. Last year, DEPO opened a shopping center in Panevėžys as well. This year, DEPO started picking up speed by opening a center in the capital, Vilnius, another one should open its doors in Kaunas soon, while a second one back in Vilnius is planned to open its doors by the end of the year. DEPO plans to continue expanding next year as well with a shopping center in Šiauliai and a second one in Kaunas.

Established companies in the DIY market were forced to react to the impactful moves of the newcomer: Kesko-Senukai renovated one of their centers in Vilnius and opened another in the Lithuanian capital, with plans to build a new spot in Klaipėda. Moki-Veži is planning to open at least three new shopping centers in major Lithuanian cities as well. Ermitažas is also actively expanding with two planned shopping centers in Vilnius, one in Kaunas, and several in smaller cities despite limiting themselves to the big Lithuanian cities in the past. Overall, established DIY chains have been expanding last year but this year's numbers pale in comparison to what's happening this year. The expansion isn't limited to the biggest cities either. Small or medium-sized shops are being opened in smaller towns as well. Ermitažas is expanding to Ukmergė, Mažeikiai and Utena, while Moki-Veži is looking to grow in Mažeikiai and Kėdainiai.

Opening new shopping centers isn't the only direction market players are exploring. The established companies have started to actively invest in renovating their shopping centers, implementing new technologies, introducing new services, and improving their clients' experience. For example, Kesko-Senukai and DEPO are making great strides in improving their Drive-In service and increasing the space set aside for it. The process of redesigning and updating their shopping spaces with a focus on more effective or attractive placement of goods is something every market player is paying attention to and expending resources on.

This situation reminds us of 2016, when LIDL entered the retail market in Lithuania. With a new and powerful competitor in the market, established companies started investing in opening new shops and renovating their old ones to keep up with the competition. IKI and RIMI even tried to merge.

There were even occasions where we witnessed investment in objects placed in infrastructurally underdeveloped or seemingly non-profitable neighborhoods. Companies presumed that the neighborhoods would grow in the long-term and the short-term losses would make up for it by preventing competitors from entering these markets. DIY competitors are following a similar strategy in some respects: the current expansion, in our opinion, is carried out in an effort to carve out a bigger market share as opposed to profitability.

Speaking of different companies joining forces, we can see it happening in the DIY market as well. Kesko-Senukai bought 1A, an e-shopping group, while Ermitažas acquired Bauhof, an Estonian DYI operator, becoming the third biggest DIY seller in the Baltics by turnover.

To conclude our evaluation, the high activity in the DIY market is determined by the aggressive strategy used by the newcomer and its competitors' determination to hold on to their market share, even at the cost of sacrificing their profit margin. With that said, we do not reject the possibility that the Lithuanian DIY market is actively looked at by worldwide DIY giants like OBI, Leroy Merlin or Bauhaus.

This possibility is not baseless either. Bauhaus, a German DIY giant, has opened its first shop in Tallinn in 2010 and followed it up with one more last year. The Mulliez Family, which owns Leroy Merlin, has just opened its first sports goods center in Vilnius, under the Decathlon brand it controls together with the DIY chain.

So, one more reason for the recent growth in the DIY sector is its players' desire to close off the market and protect it from new and dangerous worldwide competitors.

It is no secret that the home improvement market is directly related to the growth of the rest of the real estate market segments, like residential real estate and office space, as well as hotel development projects. While residential real estate market shows signs of stabilizing this year, commercial real estate shows no indications of its growth stopping anytime soon. For example, 4 hotels with 634 rooms overall were opened in Vilnius this year, while fourteen more with 1528 rooms overall are expected to open their doors to customers by 2020 in the capital alone. Steady growth is also observed in the national office space segment. When the planned and developed objects are completed next year, 117,000 square meters of office space will be available for rent.

On the other hand, since 2017, it is widely accepted that interest rates will rise next autumn. A huge number of apartments (over 5,000) are waiting to be sold in Lithuania's big cities. This number is expected to grow as new residential buildings are completed in the coming months. The prices for residential spaces have practically stopped growing. All of these reasons and simple business logic would suggest that the DIY market growth should be more measured. And yet, this could not be farther from the truth. Why?

We believe that the companies responsible for the growth of the DIY market see the positive prospects of the Lithuanian economy in the mid and long-term, even the short-term, possibly. It is worth noting that the development of DIY projects is not as inertial as it is in the residential or commercial real estate. In other words, the time it takes to bring a DIY project to fruition from start to finish is 1-2 years or even less instead of 3 or 4 for in other parts of the business. This speed is partially determined by historic circumstances: some DIY developers have held the plots of land to build on and the required documents to proceed for years, only waiting for advantageous circumstances in the market and the economy. Also, DIY super markets are different from other commercial real estate segments because almost all of them are similar to each other and can be easily updated.

Despite everything mentioned above, it is too early to talk about the short-term prospects of the Lithuanian economy in and after 2020. This is the reason why we believe that some real estate developers are less concerned with renting and selling real estate, trying to quickly "put their money to work" instead. It is obvious that the DIY development vector will be determined by the situation in the building sector and the economy overall; however, we predict that DEPO, at the very least, will continue to fortify their position in the market past 2019, while the other players in the Lithuanian market will take a look at the economic situation at the time and act accordingly.

NKT to grow its IoT team in Kaunas

NKT, a leading global power cable manufacturer, and THINKT, an innovation hub backed by the Danish...

LOT wins contest for business flights from Vilnius to London

From the spring of the next year, LOT Polish Airlines will be flying passengers from Vilnius to one of...

Capital - a city of creating people: having announced a competition for innovation for those who have...