BNS
aA
Lithuania could ship natural gas from Klaipėda to Belarus only by rail as volumes would be too low to make investing in infrastructure worthwhile, Arvydas Sekmokas, a former Lithuanian energy minister, said on Tuesday. 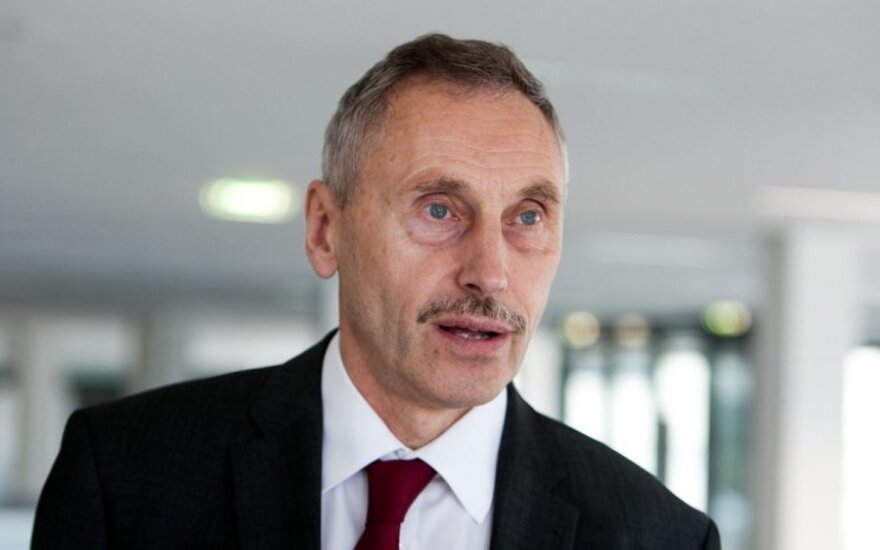 Prime Minister Algirdas Butkevičius said during a Lithuanian-Belarusian economic forum in Mogilev earlier in the day that the Klaipėda liquefied natural gas (LNG) terminal could supply gas not only to the Baltic states, but other interested countries as well.

Sekmokas said that Belarus had shown interest in gas supplies via the Klaipėda terminal back in 2010-2011.

"Belarusians took much interest in such a possibility. A whole delegation came to Klaipėda without any invitation and tried to find out what the terminal's possibilities were and similar things. Then there was a meeting at the ministry where ways of solving the issue of gas supply to Belarus were discussed. These steps were somewhat unilateral. But the Belarusians spoke about 10 billion cubic meters at that time, which was way above our planned capacities," he said.

In the current situation, only low amounts of gas could be shipped to Belarus, Sekmokas said.

"I think there is a certain theoretical possibility of supplying gas to Belarus, but we are speaking about very insignificant volumes, because if supply via the LNG terminal were more commercially attractive, then the first priority would be to meet the needs of Lithuania and those of Latvia and Estonia. Not much would remain, because four billion cubic meters would only be sufficient for the Baltic states. Therefore this is a hypothetical thing," he said.

It would not be worthwhile investing in the pipeline to allow pumping gas not only from Belarus but to the neighboring country as well, the former energy minister said.

Sekmokas sees a gas distribution station that Klaipėdos Nafta (Klaipėda Oil), the developer of the LNG terminal project, is planning to build for loading LNG onto rail cars and tank trucks as an alternative.

Klaipėdos Nafta earlier this year took efforts to find out what interest such a gas distribution station would generate in Lithuania and neighboring countries.

Indrė Milinienė, the company's spokeswoman, told BNS that she could not disclose at the moment if there had been interest from Belarus.

Belarus is interested in shipping fuel oil via Klaipėda, but the port does not have sufficient...

Lithuania’s liquefied natural gas (LNG) terminal in Klaipėda may supply gas not just to the Baltic...

The Lithuania- Belarus economic forum will be held in Mogilev on 4-5 November, the Belarusian news...