BNS EN
aA
The number of Lithuanians thinking that the country's economic situation is good has declined, the recent Eurobarometer survey has shown. 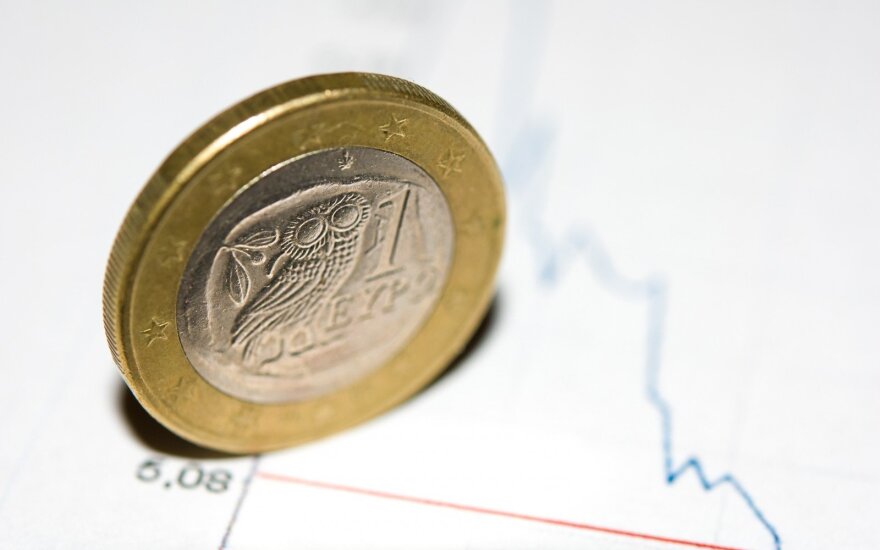 According to the results, 26 percent of respondents described Lithuania's economic situation as good in spring, which is a decline by 6 percentage points from last fall, the European Commission's (EC) mission in Lithuania cited the Eurobarometer data.

Meanwhile, the percentage of those seeing Lithuania's economy as doing bad went up by 6 points to 72 percent, while another 2 percent did not have an opinion on the matter.

Some 58 percent of those polled said the financial condition of their household was good, while 40 percent said it was bad.

Asked to specify the top problems of the country, 54 percent mentioned the growth of prices and inflation, 23 percent – taxes and 27 percent – the unemployment rate.

Some 1,008 respondents over the age of 15 were interviewed in May in Lithuania for the Eurobarometer survey, which was held simultaneously in all 28 members of the organization.

The level of life satisfaction among Lithuanians dropped by 5 percentage points to 70 percent in the...

Edita Janušienė , former chief auditor at the central Bank of Lithuania, has been appointed to head...