BNS
With Russia keeping thorough checks on Lithuanian vehicles in place for more than two weeks now, most Lithuanian truckers prefer to drive to Russia through Belarus rather than via Latvia, the president of the national haulers' association Linava said on Monday. 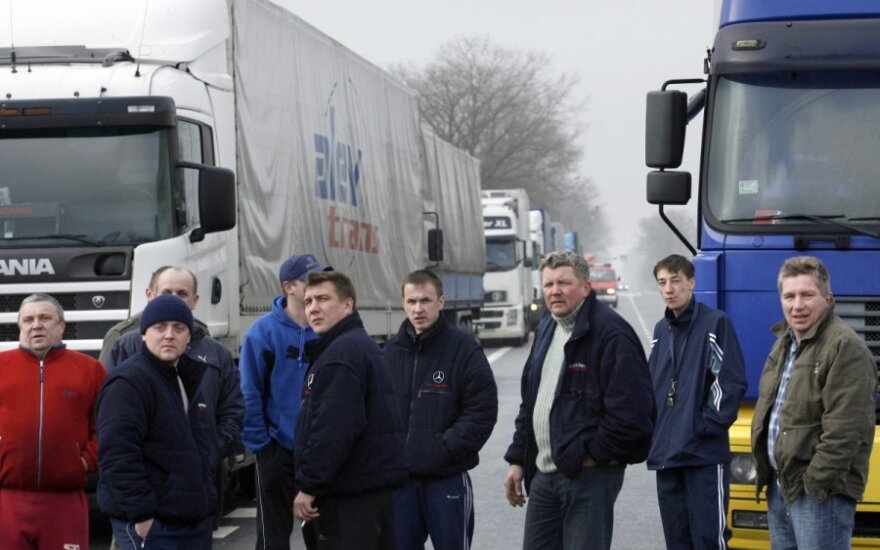 "The situation remains unchanged. Full checks remain in place at the Latvian-Russian border, but only a very small number of Lithuanian trucks are going there. We are driving through Belarus. Belarusians are not applying tightened control procedures to us, and there are no checks at the Belarusian-Russian border because of the customs union," Algimantas Kondrusevičius told BNS.

As a result of this, lines of trucks at the Lithuanian-Belarusian border have increased. Some 461 trucks waited to cross the border on Monday, including 200 at the Lavoriškės border checkpoint, 81 in Medininkai and 80 in Šalčininkai, he said.

However, these queues are shorter than those seen at the pre-holiday season in previous years, Kondrusevičius said, attributing this to a decrease in cargo flows as Lithuanian haulers are losing customers due to Russia's restrictions.

Antanas Sipavičius, head of the Lithuanian Customs Department, also told BNS that Russia continued to apply tightened control procedures, but said that the increase in queues at the border with Belarus was due to the pre-holiday season.

The situation at the Russian border remains virtually unchanged as trucks from Lithuania continue to...

Lithuanian transport companies fear that their trucks will have to wait at the border with Russia...