DELFI EN
aA
A team of Kaunas University of Technology (KTU) GIFTed Talent Academy students have come up with an idea of a smart costume, which would relieve pain for the people suffering from cerebral palsy. The smart costume, Neuroena is based on triple solution aimed at relieving the symptoms of the disease. 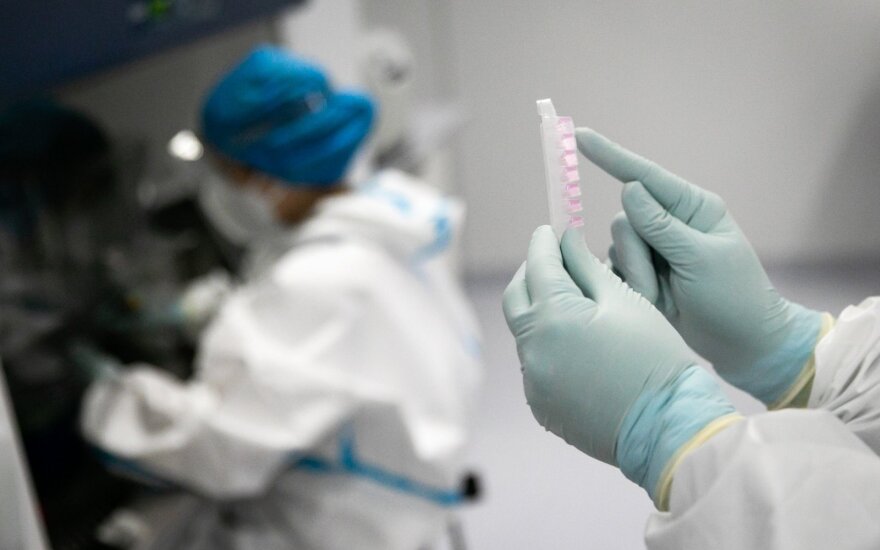 Cerebral palsy is the most common of all childhood disabilities globally, affecting approximately two-to-three live births out of every thousand. Occurrence among premature or low weight babies is even more frequent – 40-100 cases out of a thousand.

People with cerebral palsy are experiencing pain when their muscles become tense, hard to control and the involuntary movements appear.

“I am well familiar with the symptoms of cerebral palsy as I have had it from early years. However, after we started to work on the project, I found out much more about the condition”, says Lukas Arlauskas, student of KTU Faculty of Informatics, and the leader of the Neuroena team.

He has experienced painful muscle spasms caused by simple activities and losing the coordination of movements. It is those symptoms that would be tackled by the elastic costume, which combines three technological solutions: transcutaneous electrical neurostimulation, functional electrostimulation and artificial intelligence.

Both functional electrostimulation and transcutaneous electrical neurostimulation therapy are used as rehabilitation procedures for people with cerebral palsy. However, Neuroena smart costume would allow the patient to stay active and to move freely at the time the stimulation is taking place.

“Traditionally, during the treatment, the electrodes are being placed on the patient’s body and he or she has to lie still for the whole duration of the procedure. Not all of us can afford this kind of dropping out from the casual routine, and it is extremely inconvenient to those who are studying or working”, explains Lukas.

The idea of Neuroena is based on a trained neural network recorded to a controller. The controller would monitor the patient’s muscle tone and would register any deviations from the norm. Once such an incidence is registered, the weak electrical stimulus would be sent and the problematic area would be relieved.

The creators of the idea have also foreseen the installation of an additional function, which would allow the user to control the process through the app. All he or she would need to do is to choose one of the transcutaneous electrical neurostimulation or functional electrostimulation modes. According to the team, the costume could be adapted to treating other conditions with similar symptoms.

According to Lukas Arlauskas, cerebral palsy can have a broad impact on the human organism. Depending on the affected area of the brain, various functions – from linguistic to motoric – can be impaired.

“At the moment, the disorder is not curable, but in time the symptoms can be relieved so as the person can integrate into society. I want to help people to achieve this goal”, says Lukas.

Lukas and his team met at KTU GIFTed Talent Academy, which unites talented students motivated to innovate and create novel products. 12 members from business and academic community participated in the creation of Neuroena, among them: Tadas Skeltys, Saulė Gudžiūtė, Kemal Yegin, Ugnė Glinskytė, Antanas Ramanauskas, Deimantė Krutulytė from Lithuanian University of Health Sciences and others.

Although Neuroeana is still in the conception stage, the idea has already been internationally recognised: it took the 3rd place in the international business project competition Creazone Reinvent. The team is planning to participate in startup competitions and accelerators.

“My dream is to improve our idea and to develop a real prototype of a costume, which could be worn all day and whose neural network can be taught in such a way that it would help as many people as possible”, says Lukas.

Alexandra from Colombia: Lithuania is a very safe country (1)

“For me, Antanas Mockus was the only association that I had with Lithuanians. And when I arrived...

29.15 per cent efficiency is the new world record for a tandem solar element. The record-breaking...

A group of Lithuanian and Kurdish scientists have raised a hypothesis that the measles, mumps, and...