Lithuanian stores to demand IDs from all alcohol buyers

BNS
aA
All alcohol buyers, irrespective of their apparent age, will from now on be asked to produce identification documents in most supermarkets across Lithuania. Critics of the initiative, proposed by the country's majors retail chains, say it is a trick to exert pressure on politicians considering further alcohol sales restrictions. 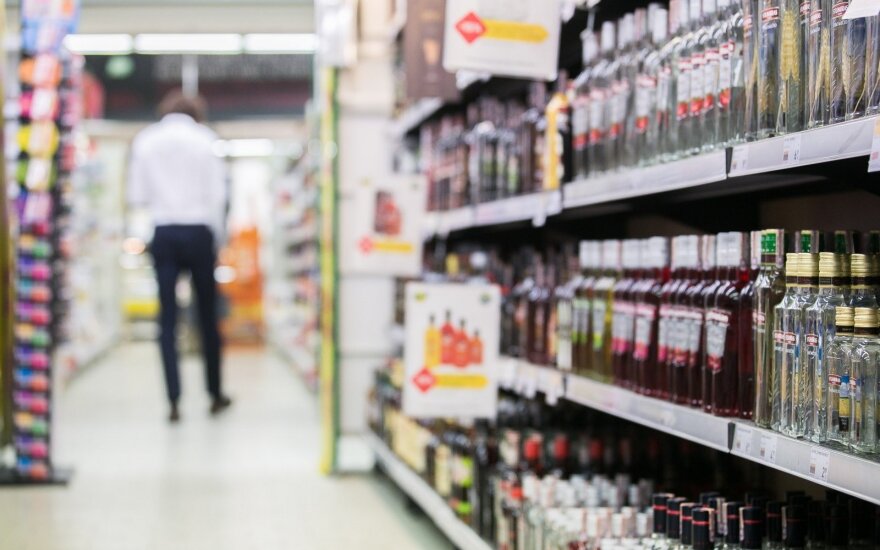 To buy alcoholic beverages in stores of Lithuania's largest retail chains, all buyers will have to produce identification documents specifying their age as of Friday.

The companies that proposed the scheme suggest they aim to prevent sales of alcohol to minors and raise public awareness. They say no buyer data would be collected, with buyers only requested to show their IDs to cashiers.

Critics say the step is aimed at diverting the society's anger at politicians who discuss the possibility of selling alcohol in specialized stores or sell alcohol at shorter hours.

The new scheme is envisaged in a memorandum signed by the companies and Healthcare Minister Juras Požela in June.

Laurynas Vilimas, executive director at the Lithuanian Association of Trade Enterprises, told BNS that chains that signed the memorandum account for at least 95% of the Lithuanian alcohol trade market in stores.

He expressed certitude that the ID requirement will help tackle the alcohol abuse problem in Lithuania and raise awareness of the public, particularly among the youth.

"Profits generated by alcohol is not a priority for us, and showing an ID to a cashier is a symbolic act of demonstrating that you are a conscious consumer," said Vilimas.

Some politicians and activists who suggest that alcohol should only be sold in specialized stores, at shorter hours or to older residents, see the latest scheme as a public relations campaign.

Aurelijus Veryga, president of the National Tobacco and Alcohol Control Coalition who is running for parliament with the Lithuanian Peasant and Green Union, maintains the step is targeted at giving businesses "extra levers to put politicians under the obligation of negotiating with them".

The union's leader Ramūnas Karbauskis went even further, saying the campaign was a mockery. In his words, the political force will suggest a state monopoly in alcohol trade.

Antanas Matulus, a member of the parliamentary Health Affairs Committee, dismissed the idea as ambiguous. In his words, demanding an ID from individuals who are clearly not underage is "going a bit too far".