Lithuanian start-ups presented at the Seed Forum seminar in Stockholm

aA
Lithuanian start-ups took the spotlight in an innovation seminar on 22 September in Stockholm, organized by the international investment Seed Forum together with consultation company DLA Nordic and the Lithuanian Embassy in Sweden. 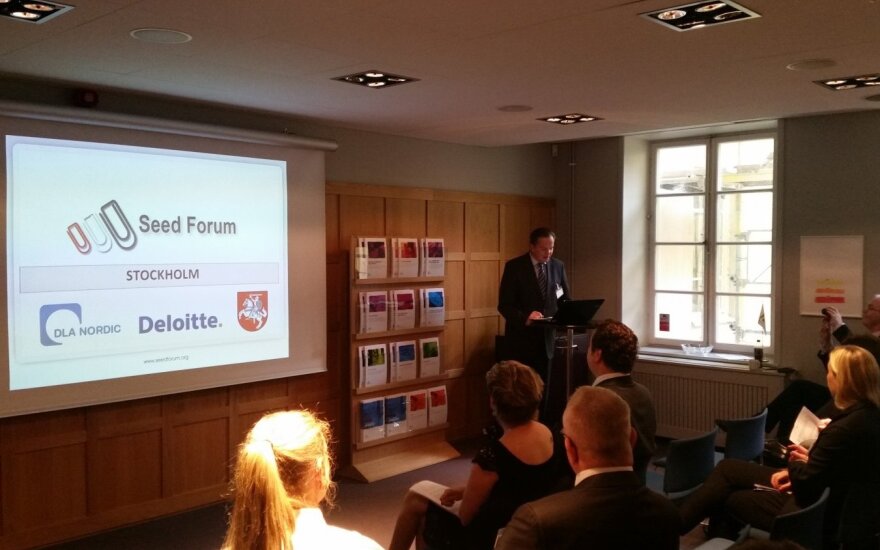 Speaking at the opening ceremony together with the member of Swedish Parliament Penilla Gunther, head of Lithuanian company Telesoftas Algirdas Stonys, President of Seed Forum Steinar Hoel Korsmo, and representatives of DLA Nordic leaders, Lithuanian Ambassador Bajarūnas pointed out that in the period of 2007-2015 Lithuanian start-up companies raised more than EUR 94m funding, most of it came not from Lithuanian funds. Around 200 fast-developing companies attracted well known worldwide venture capital funds, such as Intel Capital, Accel Partners, Octopus Investments, Insight Venture Partners, General Catalyst, Wellington Partners. Currently most successful Lithuanian start-ups are Vinted, Pixelmator and Trafi. According to the Ambassador, Lithuanians are well-known and valued in the world for their IT talent and great engineering skills, which allow us to create new innovative technologies.

“One would not expect start-ups to be local. Indeed they are watching to various markets and Sweden is for sure among their interest. So widening the door and building closer connections between fast-developing Nord and Baltic companies and investors,” Bajarūnas said.

Ambassador also noted that bringing Nordic and Baltic start-ups and business angels together thus making our region more competitive is also among key priorities of Lithuania. "Lithuanian start-ups are watching to various markets and Sweden is for sure among their top interest. So widening the door and building closer relationships would be much appreciated,” concluded the Lithuanian Ambassador.

The Seed Forum is a global network of national not-for-profit foundations and national representatives in more than 40 countries. Seed Forum concept has grown rapidly since it was founded in Norway in 2002, they are looking for fast-developing companies to represent and train them.

The results of the seminar were summarized same evening in the informal gathering at the Residence of the Lithuanian Ambassador. 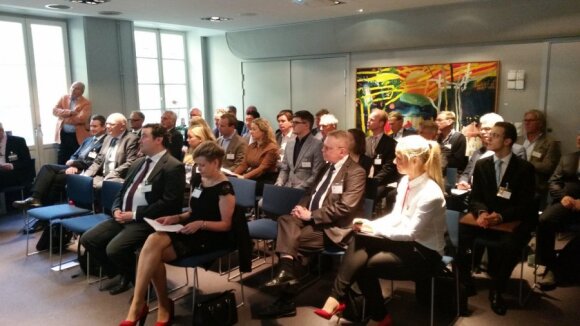