(1)
BNS
aA
Lithuania's public funding for road construction and maintenance is set to grow by 60 million euros next year, but road builders do not expect to bag more contracts, saying the amount of work will remain unchanged from the current levels or will even decrease due to rising prices for materials and general inflation. 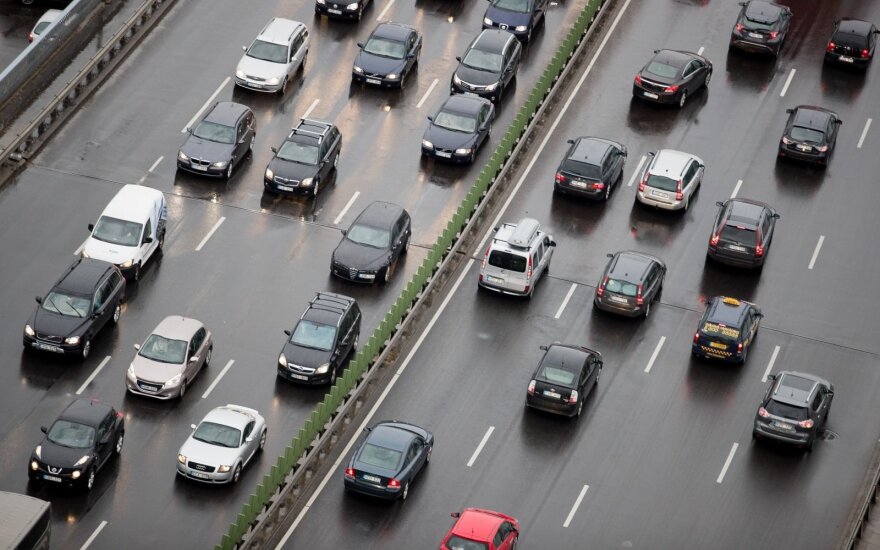 "We don't expect there'll be more work for us. The amount will, at best, remain the same or will even decline, because the price of bitumen rose by 40 percent this year. and we don't know what it'll will be next year," Eurovia Lietuva CEO Stanislovas Kablys told BNS.

Fegda CEO Žydrius Baublys also thinks that the increase in public funding will be offset by rising costs.

"The amount of work will remain at this year's level, because prices for materials are rising both abroad and in Lithuania," he said. "We'll quote higher prices to our key customer, the Road Administration."

Kauno Tiltai CEO Aldas Rusevičius notes that public funds for road maintenance are not spent only on improving the quality of roads.

"A considerable part of the funds has been spent on setting up electric vehicle charging access points lately, as well as on traffic safety measures, such as electronic road signs, lighting and smart crosswalks, etc.," he told BNS.

Although the government's revenue from excise duties on fuel is growing, the condition of Lithuania's roads will not improve unless a higher share of the tax revenue is spent on roads, Rusevičius added.

The share of revenue from the excise tax on fuel going to the road program was reduced to 45 percent this year, from 65 percent previously.

Transport and Communications Minister Rokas Masiulis said last week that public funding for roads would be raised by nearly 60 million euros in 2019 compared with 2018 to 578 million euros, for the first time exceeding the pre-crisis 2009 level of 524 million euros.

Lithuania plans to upgrade over 1,700 unsafe pedestrian crossings by 2022

Some 1,721 of 1,949 pedestrian crossings on Lithuania's roads of national significance are unsafe,...

This summer, travelers around Lithuania can already reach various picturesque places by going on newly...

Holders of Lithuanian driving licenses will be free to drive cars in more than 50 countries after the...

Over 20 million euros may have been squandered at the Lithuanian Road Administration (LRA),...