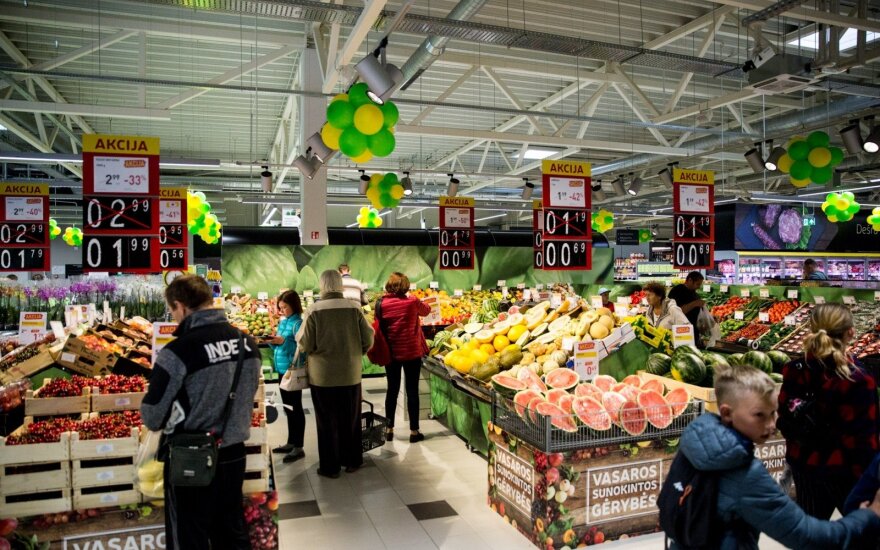 The director underlined that an extensive list of prohibited actions by major retail chains has been in place for years and that the Competition Council may impose huge fines if the rules are broken.

"As to the inspection of contracts with suppliers, I think this could bring a positive result to retailers. There have been public allegations that retail chains are squeezing dry their suppliers via various hidden fees," Vilimas told BNS.

"Thus, if the government sees once again how relations between suppliers and retailers are regulated, that there are no prohibited or hidden charges, I believe that the image of retail chains will improve both in the eyes of the authorities and the general public," he said.

Vilimas commented on Prime Minister Saulius Skvernelis' statement that the responsible authorities must look through contracts between product suppliers and retailers to see "whom the risks are being shifted to and what additional charges, such as marketing and shelving fees, and various penalties, emerge."

He added that authorities in charge of consumer rights, competition and personal data protection should be more active, too.

Skvernelis said that the government is considering creating incentives for new participants to enter the market and easing the requirements for opening small shops.

Vilimas said that competition, in principle, benefits consumers, but warned that it would be small shops that would likely be the most affected by the arrival of new strong retailers.

"It should be noted that five retail chains, which are strong both at the European and the global level, are now present in a relatively small market and small shops have to compete with them, too," he said.

"The arrival of new retailers with large resources in our market would likely further tighten competition for small shops, which would have the opposite effect to the government's expectations for an increase in the number of small retailers."

Vilimas said that investors could be scared away by Lithuania's regulatory environment, including discussions about banning retail chains from opening on Sundays.

"Lithuania is one of the few EU countries that has a special law placing restriction on operations by large chains. Also, working day restrictions solely for retailers are currently being discused. In this context, I personally think that it will be extremely difficult to convince a retail market player to enter the Lithuanian market with confidence," he said.

Maxima currently has 242 stores, Iki has 229, Norfa has 143, Rimi has 56 and Lidl has 37 stores in Lithuania, based on publicly available data. Finland's Prisma withdrew from Lithuania's retail market last year.

Skvernelis said back in September 2017 that a Polish retail chain was being invited to enter the Lithuanian market, but he did not name it. The Zabka and Lewiatan chains have the largest number of stores in Poland. The neighboring country's popular Biedronka stores are operated by Portuguese business people.

Rising prices in Lithuania could be taken under control by tougher competition in the retail sector...