Elta EN
aA
Lithuanian producers are looking for solutions after Russia closed its market to food products from the European Union. 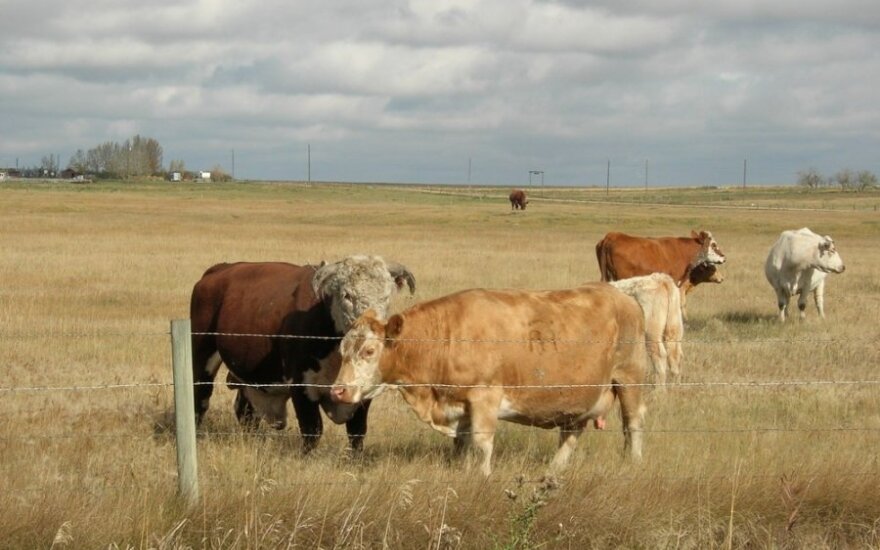 Business representatives visited the Ministry of Foreign Affairs on Friday to discuss the situation.

Eugenijus Budreika, Director for Commerce of dairy company Pieno Žvaigždės, told journalists after the meeting that the company will suffer losses but had not speculated on their extent. "There will be losses but there always is a solution," he said.

He also noted the importance of state support in the situation. "There must be guarantees on support for agricultural sector, on buying-in of milk powder, on butter and intervention buying," said Budreika.

President of the Fruit and Vegetables association, Laimutė Grybauskaitė, said that Lithuanian producers exported several types of vegetables to Russia. "Carrots and onions had a good market and price. A ban for potatoes has been in effect for a year already - they cannot be exported to Russia and Belarus," said the president of the association.

According to her, Lithuanian market could consume a lot of local produce, for example, there was a shortage of apples and carrots towards spring but farmers also face storage problems.

Talking about problems of meat producers, Rimantas Krasuckis, Director of Agricultural Production and Food Industry Division of the Ministry of Agriculture, mentioned that for producers it was important that regulation formalities on welfare of animals be finalised.

The director added that ways will have to be found to launch intervention buying and private storing procedures that would allow enterprises to process the same volume of produce as today. In addition, the Ministries of Foreign Affairs, Economy and Agriculture will seek for alternative markets. Central Asia, the Balkans and African countries have been mentioned as possible destinations.

Lithuania's Ministry of Foreign Affairs on Friday held an inter-institutional meeting of ministerial...

Several Lithuanian trucks are stuck at the Lithuanian-Belarusian border and the Latvian-Estonian...