Lithuanian president takes down Russian deputy PM in Davos: This is why our terminal is called Independence 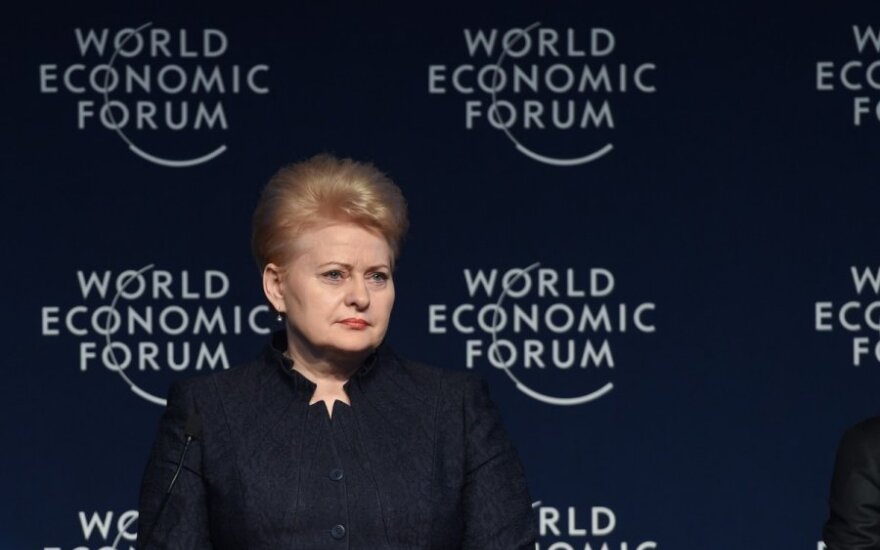 "My point number three about alternative energy and alternative sources, including LNG and the spot market, it comes with the risk, it comes with high prices, so we need to find the right balance between the price and stability. (...) For Europe, alternative gas would be more expensive, the situation would be less stable, and solar, wind, hydro power is more expensive than Russian gas. (...) And politicians should talk to people why they give higher prices, not lower prices," Dvorkovich said.

In response to this, Grybauskaitė said, "[Speaking] about partnership and reliability of supply. We would be happy to have reliable supply for Europe in general, but our historic experience says very clearly that energy prices, at least from monopolies, from Gazprom, have always been used unreliably. At least for Lithuania, it was always 30 percent higher than Germany was paying in recent years. And it was used as a political pressure tool."

"So from this point of view, such reliability absolutely comes into the price and we can explain [this] to our people and [explain] why our energy terminal is named Independence," she said.

Lithuanian officials have, on more than one occasion, accused Russia of using gas supply as a political pressure instrument. Lithuania's liquefied natural gas terminal, the first of its kind in the Baltic countries, launched commercial operations at the start of this year, providing the region with an alternative to Russian gas.

Lithuania this year plans to import around one-fifth of its gas supplies from Norway's Statoil, with the rest to be purchased from Gazprom.

President Dalia Grybauskaitė is attending the World Economic Forum in Davos, Switzerland , and...

Lithuania's President Dalia Grybauskaitė is leaving for the Swiss ski resort of Davos on Wednesday...