BNS
aA
Over the first week of this year, the Lithuanian police opened about 30 pre-trial investigations in relation to counterfeit euros. 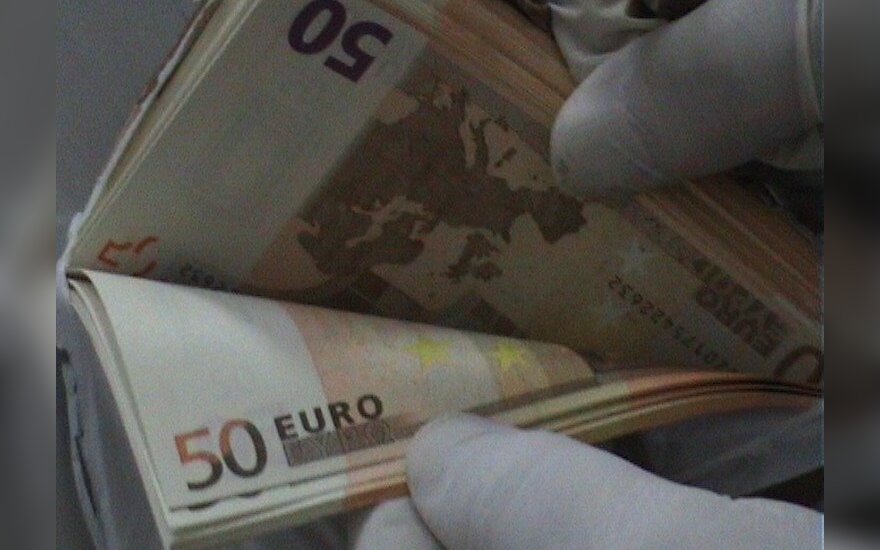 Between 1 and 7 January, 46 euro banknotes, worth 1,760 euros at par, were withdrawn from circulation, Ramūnas Matonis, spokesman for the Police Department, told BNS, adding that the cases mainly concerned the bills of 20 euro and 50 euro denominations.

In three cases, fakes had the denomination of 100 euros.

Lithuania adopted the euro on 1 January.

Kaunas authorities have opened 10 pre-trial investigations into forged euros over the past 24 hours. The police do not think the cases are related.

"This was not committed by one person or one group, we have nothing to prove this so far," Donatas Karalukas, the head of the second division of Kaunas Economic Crimes Board, told journalist on Thursday.

The authorities link the high reporting of forged euros with the good performance of preventive work in the county, therefore, the forged bills are revealed in the initial phase, not in recalculation divisions.

"The money may end up in the recalculation unit. If a small-scale business accepts the bill and gives it to collectors, the money reaches the police after the recalculation, once characteristics of forgery have been established," said Karalukas.

In his words, 50- and 100-euro bills are the most popular among forgers.

Although Lithuania has been using the euro for less than a week, the police have already reported euro...