BNS
aA
Lithuanian Prime Minister Saulius Skvernelis has expressed his doubts that Belarus will implement the European Commission's recommendations on the safety of the Astravyets Nuclear Power Plant. 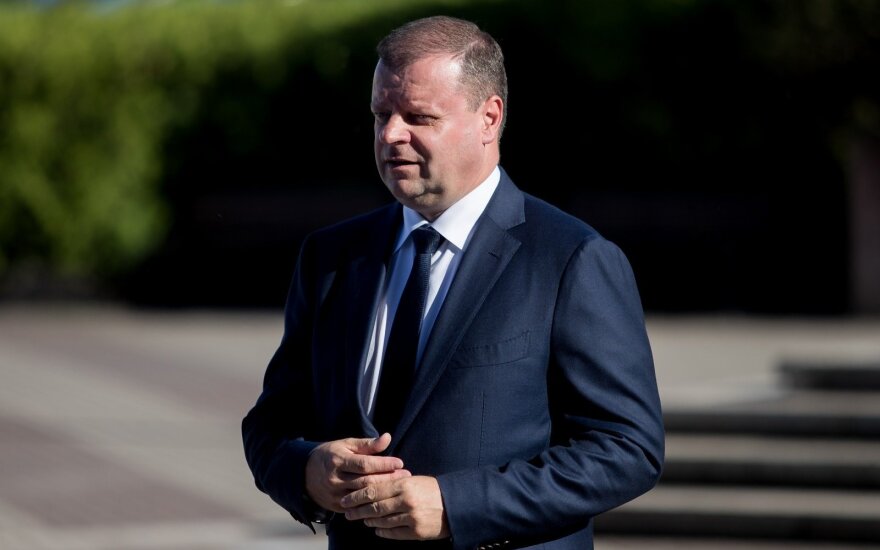 But, he added, Lithuania must continue demanding that they be implemented.

"Well, they should take it into consideration but that whole progress of the construction, everything can happen and there might be various interpretations. (…) We'll have to speak about that and demand that they be implemented and that must be ensured," Skvernelis told journalists on Wednesday.

His comments came in response to the Peer Review report of the stress tests carried out at the Astravyets NPP in Belarus, endorsed by the European Commission and the European Nuclear Safety Regulators Group (ENSREG) on Monday and set to be officially published on Wednesday.

"I have not seen the assessment, it should be published today. The reports are controversial as some say its safe and others say it's not. So we should wait and see the assessment, but something similar was expected," the prime minister said.

In his words, Russian lobbyists in Brussels have major impact on the EC and the Brussels-based agencies regarding nuclear safety.

"There are certain processes, and we really see how lobbyism takes place at the European Commission and other agencies assessing nuclear safety," Skvernelis said.

According to the Lithuanian Ministry of Foreign Affairs, the report revealed quite a number of the projects' drawbacks, and experts from the EU and other countries presented important recommendations on ways to eliminate them and improve the nuclear facility's safety level.

The European Commission is expected to publish on Wednesday a stress test review of the Astravyets...

Lithuania is resisting the Astravyets Nuclear Power Plant , under construction in Belarus, the wrong...

The European Nuclear Safety Regulators Group (ENSREG) review of the stress tests carried out at the...

With the European Commission expected to publish on Tuesday its assessment of stress tests at...