Invest Lithuania
aA
You can build a big mobile game company anywhere these days. The latest proof comes from Klapėda, Lithuania, where Realore Games is announcing the launch of its free-to-play mobile game Divine Academy. 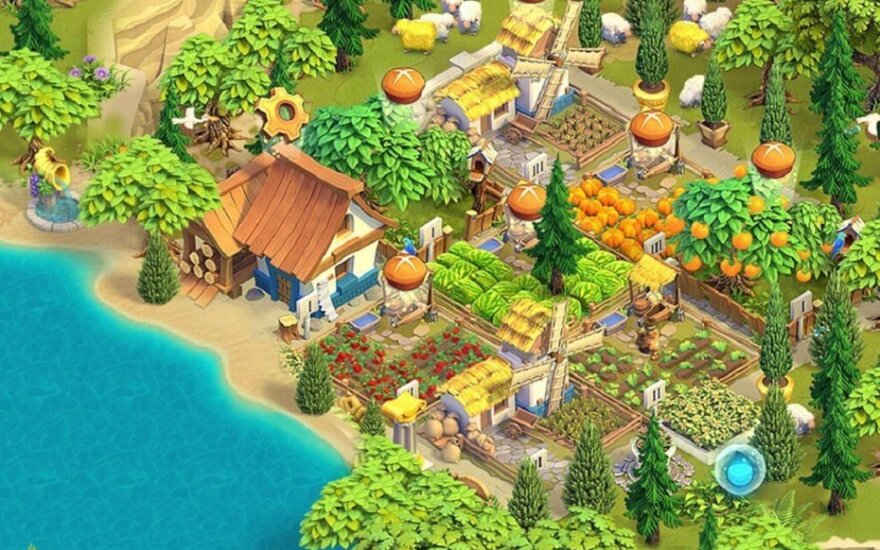 The title is a mobile strategy simulation game that is available on iOS devices now. It’s a game where a player goes to school to become Greek deity in training. The player learns to cast spells and make miracles happen. You have to defend your worshippers and enable their village to grow into a metropolis. Along the way, you get advice from Zeus, Athena, Hercules, and more.

Each god, however, has his or her own personal agenda. The title combines strategy with city building god-simulation game play and resource management. The title was available for soft launch in July, and it has seen good results.

“At Realore, we put a lot of heart into our games. We’re always looking for that perfect combination of intuitive and addictive game play, relatable characters, and engaging themes,” said Natalia Matveeva, co-founder and head of business development at Realore, in a statement. “Divine Academy has the challenge, open-ended sandbox play, and humor that keeps people playing. We’ve seen 50 percent retention since July.”

Realore, founded in 2002, is one of the pioneering free-to-play game developers in the Baltic region. Co-founder Michael Zhinko was working at a big game studio when he had an idea to make a new kind of game. He left and created Tiny Cars, a shareware title that was released in 1995. Then he kept on making games and started the company with Matveeva.

It has 13 years of experience in casual and mid-core free-to-play games on mobile and social platforms.The company has released more than 70 titles to date, including Northern Tale, Roads of Rome, Island Tribe, Jane’s Hotel, and Farm Up. It started out in PC games and expanded to mobile. Realore has three other titles coming this year.

“Realore’s been able to stay flexible and evolve along with the industry, due in large part to being a self-reliant company,” said Matveeva. “We utilize our own proprietary multi-platform engine and analytics, which enables us to port games more quickly and cost-effectively; we’re completely self-funded; and we have a tight-knit creative development team motivated to deliver quality and fun.”

“Given the ever-changing platforms, audience and discoverability and acquisition tools, the mobile gaming is like gambling, and one has to be smart, lucky and, frankly, have the balls to succeed in it,” said Matveeva. “Working in a fast growing, highly competitive industry like casual games is always an exercise in extremes. You face daunting challenges such as discoverability, monetization and ever-changing platforms but also great rewards or blessings like loyal fans and being able to do what you love. We can’t imagine doing anything else.”