BNS
aA
The minimum monthly wage in Lithuania will be increased by 25 euros to 325 euros in July and may be raised by a further 25 euros to 350 euros early in 2016, Prime Minister Algirdas Butkevičius has said. 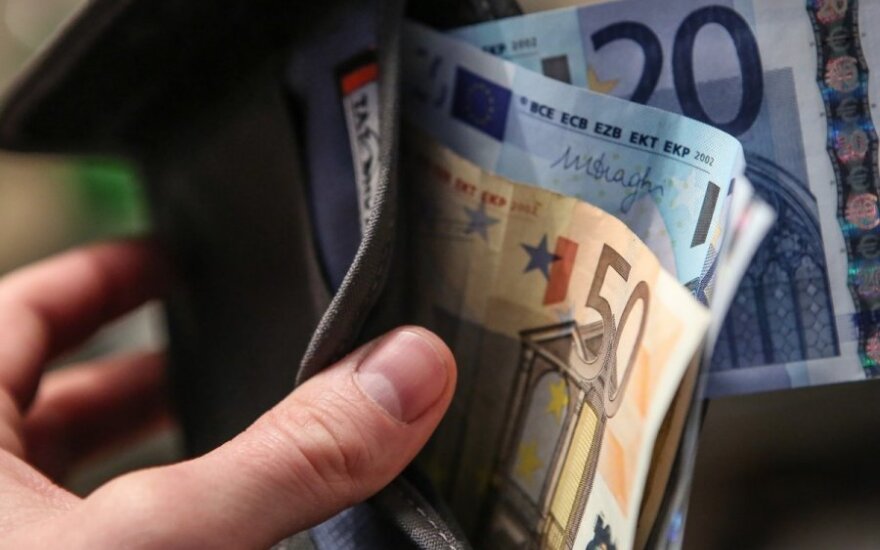 Those plans had already been tentatively discussed with Finance Minister Rimantas Šadžius, he told the LRT Radio on Tuesday, adding that the country’s financial health was favorable for such a measure.

“I’d like to emphasize that the minimum monthly wage will also be increased on Jan. 1 next year. It’s preliminary information, which we’ve discussed with the finance minister. Of course, it’s difficult to talk about specific figures. There is a wish and there is a goal to have the minimum wage of around 350 euros from Jan. 1, which means that it would be increased by 25 euros,” Butkevičius said.

If approved by social partners, the minimum monthly wage would be raised by 25 euros to 325 euros in July.

Butkevičius expects the Tripartite Council to approve this measure on Tuesday in particular as the country’s economic situation is stable.

The minimum wage in Lithuania was last raised in October 2014 – by 10.1 euros to 300 euros. Swedbank Lithuania, one of the country’s biggest commercial banks, forecast last year that the minimum wage might reach 350 euros at the end of 2016.

According to Eurostat data, Lithuania’s minimum monthly wage of 300 euros is the third-lowest in the EU after Bulgaria’s 184 euros and Romania’s 218 euros.