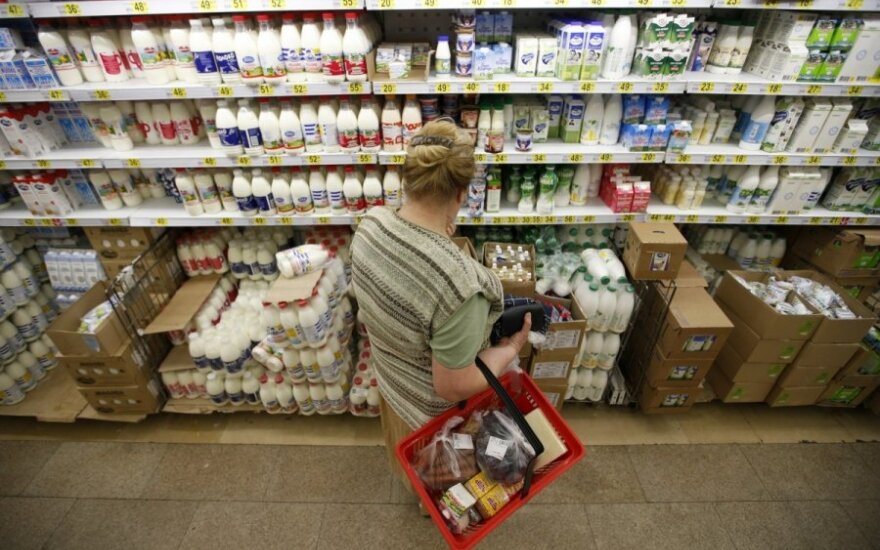 According to the expert, the Russian embargo on food imports from the European Union packed the greatest punch against Lithuania, based both on relative indicators and their total value. However, separate farming sectors will feel the effects of restrictions at different extent.

Dairy sector will be the least affected. Their exports to Russia decreased even before the embargo - by 4.2 percent in 2013 and by remarkable 10.2 percent in the first half of 2014. The economist noted that in 2008-2012 profitability of milk processors was growing, thus companies had an opportunity to accumulate financial reserves to withstand the boycott imposed by Moscow. Dairy sector reoriented to other markets prior to the embargo. Therefore, even though exports to Russia plummeted, the total export rocketed by 15 percent. In 2013-2014 Lithuanian dairy products' export to Vietnam, Cuba, Morocco, Kazakhstan and Japan increased substantially.

Meanwhile Lithuania's meat sector faced two blows - the Russian sanctions and African swine fever. Genytė-Pikčienė said that profitability of this sector in 2008-2014 never exceeded 1 percent and was often in the red, so companies did not manage to store up financial reserves. 25 percent of raw meat was exported to Russia before the embargo, while search for new markets was sluggish, it mostly focused on increasing sales in well-known markets, such as Latvia, Germany and Great Britain.

"Seeking to reduce the effects of the Russian embargo, exporters are actively searching for new markets and relying on assistance from the state which should be met with reservations. It is not very fair for businesses to wait for help from the government in market economy conditions. Help should be short-term and directed at the most affected sectors," said Genytė-Pikčienė.