Erika Fuks
Parašyti
autoriui
aA
As thousands of refugees fleeing wars in the Middle East and Africa arrive in Europe, Lithuania, too, is going to accept more asylum seekers than previously planned. Some employers in the country say they will welcome new potential employees. 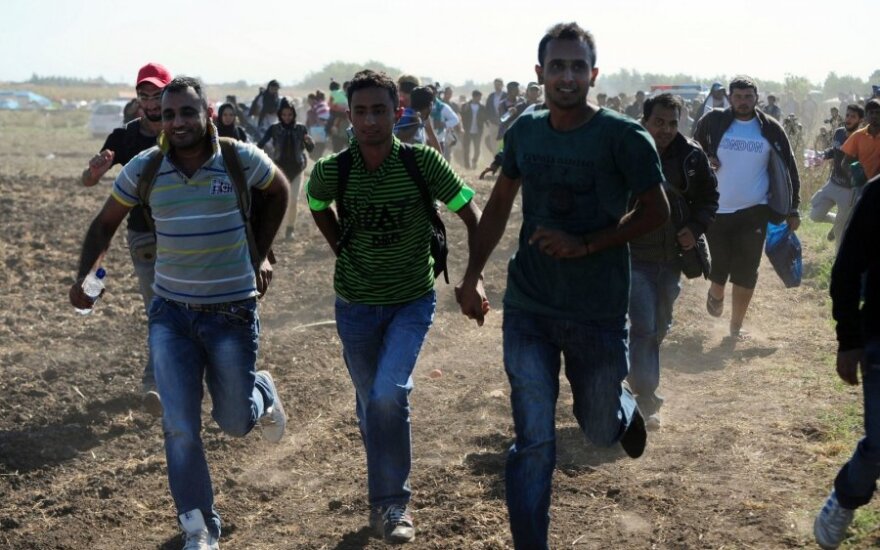 One of them is Juozas Čičiūnas, CEO of Home Group, a Klaipėda-based furniture maker.

"We have offered to employ several refugees and invite other companies to consider the possibility, too," Čičiūnas says.

He tells DELFI that his company is always looking for employees, adding that the Lithuanian society should not be too worried about the refugees overburdening the country.

"The arrival of refugees is not a tragedy; rather, it's an opportunity and companies should approach it with some solidarity. There will be enough work, the migrants could contribute to Lithuania's economic growth," Čičiūnas says.

He adds that local workers from Klaipėda will not be any less welcome to apply for jobs in his company which, he says, is always looking for hard-working people.

"We accept everyone who wants to work and love their jobs, refugees are no exception. There will always be someone dissatisfied, but one must look for opportunities," the Lithuanian employer says.

According to him, Home Group accepts 20 to 30 new employees each year as old ones move to other jobs or retire.

"We see a shortage of employees, there aren't enough people up for sincere work and creating value," he says.

Home Group sent a letter to Lithuania's Migration Service, offering jobs for several refugees that are expected to arrive in the country in early 2016.

"In order to contribute to the country's social and economic prosperity, we are ready to employ three or four refugees," the letter to the Migration Service reads. "Requirements for prospective employees are: basic knowledge of Lithuanian, English, Russian or German, to make communication possible; no criminal record; respect for other people's privacy, opinions, recognition of the freedom of religion and gender equality; willingness to work."

Home Group asked the Migration Service to forward the letter to institutions in charge of the refugee programme.

The company makes furniture and employs over 400 people.

On Wednesday, the European Commission suggested that Lithuania accept 780 more refugees than previously planned, bringing the total number to 1105 asylum seekers from Syria, Iraq and Eritrea that are to be resettled in Lithuania over the coming two years.

President Dalia Grybauskaitė commented that the number was acceptable.

Meanwhile Robertas Dargis, president of the Lithuanian Confederation of Industrialists, one of the biggest employer associations, says that the country could integrate even more migrants.

"We lose some 10,000 people each year only due to negative balance between births and deaths, not to mention emigration. By 2022, Lithuania's population will decrease by 250,000 people," Dargis says.

"Therefore we will need people like water to maintain our economy and our infrastructure. Let's not forget that infrastructure in Lithuania is designed for four million people. When there are only 2.5 million of us left, it might prove too costly to maintain.

"Integrating refugees is therefore an option. I agree with [Foreign] Minister Linas Linkevičius who says that we need to think about how to do it. If we do not have our own policy and will do it only because European institutions force us to, it won't be good," Dargis insists.

Opinion: Refugees, Germany and we (1)

The current rush of refugees is arguably the greatest challenge for the European Union throughout...

Lithuanian Foreign Affairs Minister Linas Linkevičius is sceptical about the recent proposals to...