BNS
aA
The Lithuanian central bank has initiated a dialog between commercial banks and virtual currency traders on their attitudes toward cryptocurrencies. 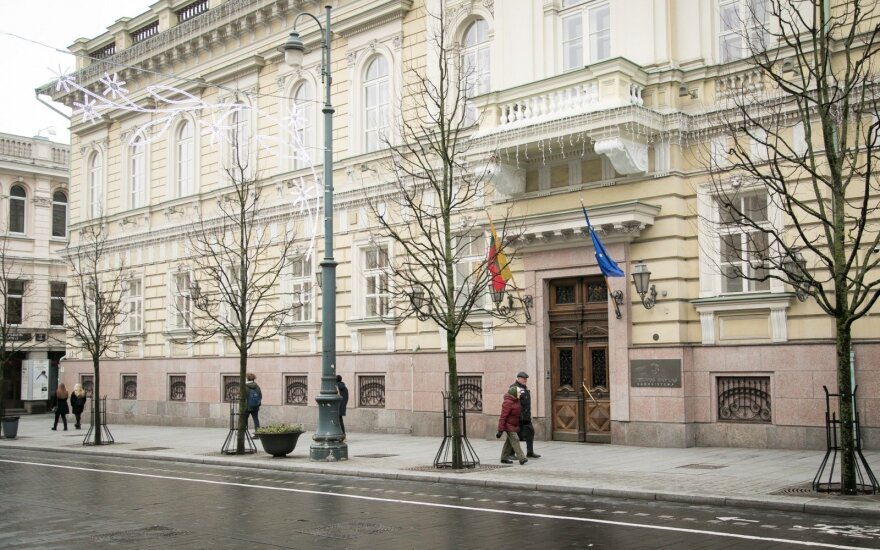 Jekaterina Govina, fintech strategy coordinator at the Bank of Lithuania, says that despite the risks, "blind denial, reluctance to understand and to work with the cryptocurrency world leads nowhere".

Officials from the Finance Ministry and the Financial Crime Investigation Service (FNTT) were also invited to a recent round-table discussion.

"We gathered people from the banking sector, ICO people, FNTT officials and others and started talking," Govina said during a discussion at Vilnius University this week.

"It's necessary that banks speak to those who have carried out an ICO or those who convert cryptocurrencies into conventional money. A dialog has been established and it remains to be seen where it will lead us," she said at the opening conference of Lawyers' Days 2018.

The Bank of Lithuania takes a conservative position on initial coin offerings and requires a clear separation between financial services and activities involving virtual currencies.

Even though this position may bring down the number of Lithuanian ICOs in the fintech industry, the Bank of Lithuania does not give up its ambition to become a northern European fintech hub.

The central bank aims to achieve this goal by issuing licenses cheaply and quickly and accepting applications in English.

"Commercial banks don't understand the nature of the crypto-business and the business model. Therefore, they regard it as a high-risk business and require additional proofs of the origin of money and investment, and often refuse to open accounts for companies," he told BNS.

The Lithuanian Banks' Association (LBA) welcomes such a dialog, but underlines that commercial banks can provide services only after establishing the origin of a client's funds and that there can be no concessions on that.

"A dialog is necessary. We are interested in speaking to everyone to better understand each other's business models, but consumer protection, money laundering and terrorist financing prevention is a priority that must be ensured," Mantas Zalatorius, the association's president, told BNS.

"We understand from the meeting that some of cryptocurrency market participants cannot say where the money comes from. This is a serious problem, and they didn't realize it was a problem," he said.

Lithuania has been a very bright spot on the ICO map recently.

Blockchain Center Vilnius CEO Eglė Nemeikštytė says that Lithuanians are only outperformed by Americans and Chinese in raising capital this way.

In her speech at the Lawyers' Days conference, she presented statistics showing that Lithuanian projects last year attracted more than 10 percent of all ICO investments.

Cryptocurrencies have become a hot topic in the Lithuanian media since late 2017.

According to data from the media monitoring company Mediaskopas, cryptocurrencies were mentioned in 1,409 articles published in the first three months of this year, up from 22 in the same period last year.

David Siegel on Blockchain future: it’s time to get ready for ‘self-driving’ data