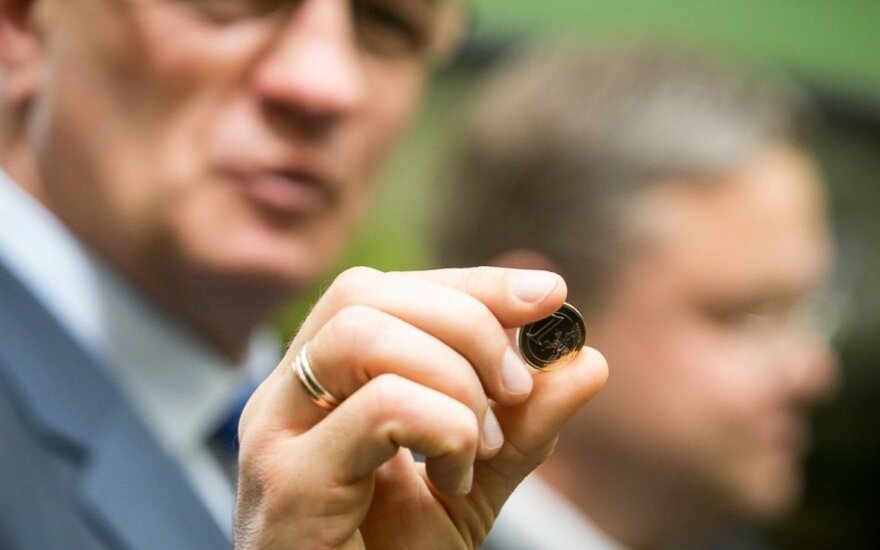 According to Prime Minister Algirdas Butkevičius, the Memorandum is a voluntary agreement between government and businesses to work together.

Until 1 January, when Lithuania is officially adopting the euro, Lithuanian enterprises, business representatives, municipalities will be able to join the Memorandum on a voluntary basis. By signing the Memorandum, they will assume a commitment to be fair with consumers during the euro adoption process, i.e., not to use it as an excuse for raising prices and to ensure fair conversion and display of prices of services and goods.

All those joining the Memorandum will acquire the right to use the logo "Perskaičiuota Sąžiningai" (Converted Fairly) created especially for this purpose and to mark trading and service provision sites with it, use it in advertisements, official documents and events as well as to inform consumers that they follow the principles established in the Memorandum.

The Law on the Euro Adoption in the Republic of Lithuania stipulates that in case of undue conversion of the values of goods or services from the litas to the euro or non-compliance with other requirements of the Law, warnings and fines will be imposed.

The first batch of Lithuanian euro coins are being delivered to the Bank of Lithuania 's vault in...

Vitas Vasiliauskas, Chairman of the Board of the Bank of Lithuania , is attending a meeting of the...

About 8 percent of Lithuania's citizens are planning to buy the necessary goods and services before...

According to Minister of Finance Rimantas Šadžius, the government is not going to specifically...