BNS
aA
The coronavirus outbreak in China is already affecting Lithuanian businesses as some companies start lacking goods, others are facing delivery delays or dealing with production problems. 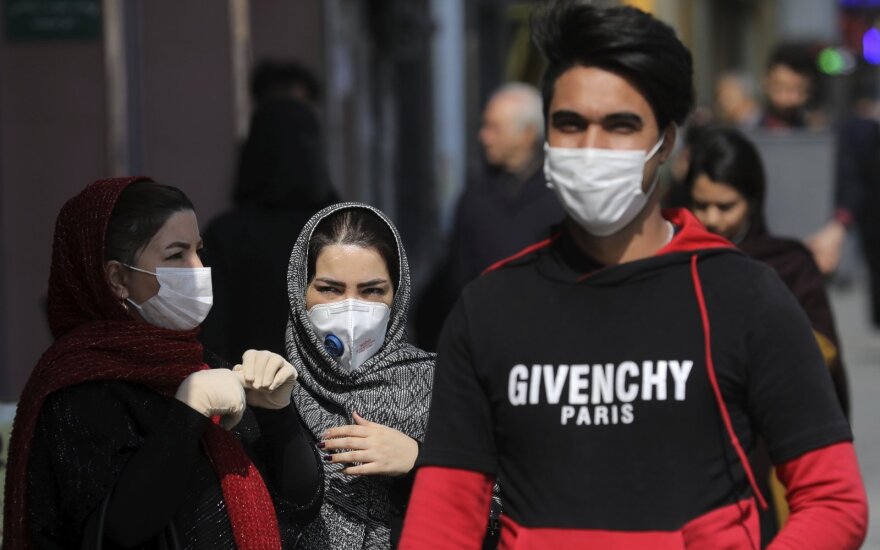 Businessmen, however, say the true affect of the disease will be felt in the spring when the stocks of spare parts and products will dry up. They do not rule out the possibility that it might affect their financial results.

Baltik Vairas, the largest bicycle producer in Northern Europe, has several dozen partners in China and ships some 30 percent of necessary spare parts from the Asian country. It takes around two months for ships to bring them to Lithuania.

Zilvinas Dubosas. CEO at Baltik Vairas, says the company was forced to postpone the production of several thousand bicycles after Chinese companies limited their business activity. All in all, the Lithuanian company produced around 300,000 bicycles a year.

"There's no major problem yet but it will start in May, and then the situation will be critical. What left China before the disease has arrived and we have work, therefore, we will feel it with some delay. We are on standby now as the eventual impact is unclear," Dubosas told BNS.

In his words, the biggest problem is the absence of the possibility to buy parts in Europe as they are produced in China or the Far East only. The Lithuanian company plans to bring spare parts, once they are produced, to Lithuania by plane and train, Dubosas said.

"We usually halt production in August but we might need to go on vacation in May," the CEO of Baltik Vairas said.

Irma Spudiene, head of DSP Plius, a company selling respirators, workwear and other safety products, says the demand for respirators has gone up significantly in recent weeks but the company cannot satisfy the huge need for them.

"The respirator is the key protection measure. (…) We have never had such a number of enquiries and calls a day. (…) Millions, billions, we have never had that before. (..) We could beat those sales but we have nowhere to bring products from," Spudiene told BNS.

In her words, the company buys from suppliers in Europe and they import from China where the majority of respirators are produced. But there's a deficit in China itself.

Spudiene believe the existing situation provides good opportunities for European producers to come into play as it's unclear when the situation in China will get back to normal.

Kestutis Cerneckas, director of commerce at BY&N, a Kaunas-based company selling LED light fixtures and buying all products from China, says the company managed to order a large part of its products before the coronavirus outbreak, therefore, does not feel any affect on its operations yet.

In his words, new ordered are causing more problems as their delivery time is becoming longer by some three weeks.

"We work not only with the Lithuanian but also with foreign markets. When dealing with new projects, most often, we need to communicate with clients and identify when they will need the goods and we identify delivery terms. We now have a delivery period that is longer by some three weeks," Cerneckas told BNS.

In his words, the company works with 30 productions facilities across China – from Shanghai to Hong Kong, which allows minimizing risks.

Arijandas Sliupas, president of the Lithuanian Confederation of Industrialists' Lithuania-China Business Council, says the supply chain in Lithuania is breaking down, and the situation in China might affect exporters in the logistics, telecommunications and food sectors.

"The supply chain, as much it's related to parts and goods produced in China, is disrupted. The question is way that scope of consequences will be in the future," Sliupas told BNS.

He noted, however, that Lithuania is a very small market and consumption levels are way smaller than in other markets, therefore, the impact should also be smaller.