EN.DELFI
aA
One of the most popular Lithuanian bakeries „Vilniaus duona” is counting its stable export results this year: 10 percent of total produced goods in 2018 were exported worldwide. 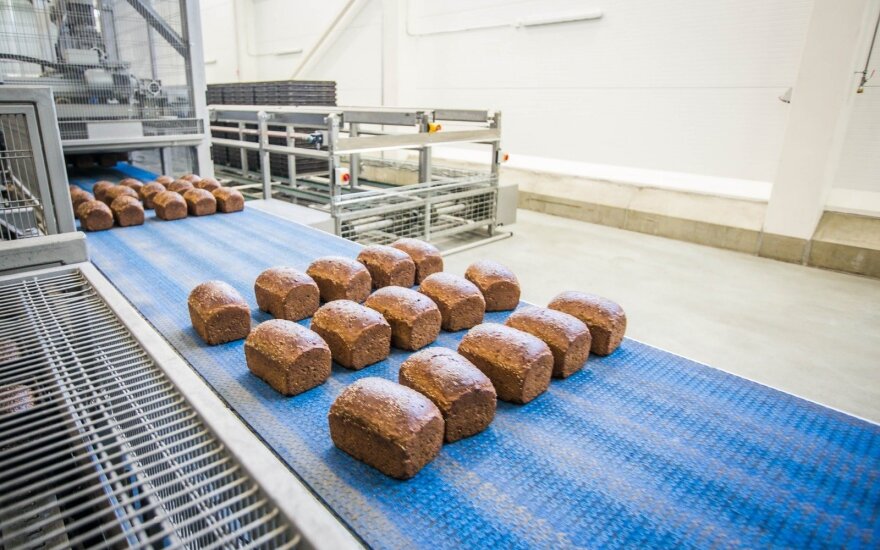 According to the marketing manager of „Vilniaus duona" Artūras Kokoškinas, this year Lithuanian bread was tasted not only in Europe, but even beyond the Atlantic Ocean - different products of „Vilniaus duona" were exported to Latvia, Estonia, Finland, Sweden, Great Britain, Ireland, Spain, Germany and United States of America.

„Compared to last year, „Vilniaus duona" products were exported 0.4 percent more this year, so the trend is positive. Exports to Finland, Sweden, the United Kingdom and Ireland increased a bit, while the numbers for the other countries remained essentially the same or at least marginally smaller. In total, 3262 tons of „Vilniaus duona" products were exported to foreign countries during the 11 months this year," – says A. Kokoškinas.

Related articles
Lithuanian nutrition expert: if you want to lose weight, you still can eat bread
Grybauskaitė expects her meeting with Xi Jinping to open Chinese markets to Lithuania

According to the marketing manager, the largest amount of „Vilniaus duona" products – 39,8 percent – were exported to Finland this year. Estonia takes the second place in exports, with 17,9 percent exported goods this year, and Great Britain – in third, which received 13,3 percent of total exports.

„In terms of products, sandwich bread, which is especially popular in Finland and Estonia, was the most exported product this year. About 2000 tons of these breads were exported. In some foreign countries, „Vilniaus duona" bakery's products are labeled by local brands, for example In Sweden, looking at individual Lithuanian products, the most popular labels this year were „Sostinės", „Lietuvaitė", „Pieniškas" white bread, „Didžioji" dark bread," – names A. Kokoškinas.

White bread „Sostinės" has maintained its unfadable popularity and about 92 tones were exported this year, white bread „Lietuvaitė" – 86 tones.

According to the marketing manager, in the foreign countries „Vilniaus duona" is currently known and appreciated as a delicious, high-quality wheat bread bakery. But the situation is gradually changing.

„Wheat bread is one of the most popular in the foreign countries. Therefore, because of the prevailing demand, we export them most. Nonetheless, while maintaining stable sales of wheat products abroad, we find that gradually buyers are also looking for healthier bakery products. So, our rye bread exports are gradually growing. We are interested in offering our customers the highest quality products in Lithuania and abroad, so it's natural that the supply is expanding," – says A. Kokoškinas.

As a result, the marketing manager for the coming year forecasts strong export growth and reports on planned news.

„Next year „Vilniaus duona" will further strengthen its position in foreign markets and grow the export sales by 10 percent. Of course, the ambitious targets impose additional measures that we are doing: we renewed our European export brand „Bakebird" and created a new brand for the US," – named A. Kokoškinas.

Currently „Vilniaus duona" has two bakeries in Vilnius and Panevėžys. The company counts about 100 tons of different goods baked every day.

According to the data of the international research company „Nielsen", „Vilniaus duona" is the leading bakery in Lithuania, which last year had 37,9 percent of general national market.

More and more people are aware that beer has more properties than light or dark color. Brewers are...

Our throwaway culture and how to save our children from it

Christmas is one of the most wasteful times of the year. There is no better way to spend your...