BNS
aA
Lithuania's leisure carrier Small Planet Airlines, which has filed for restructuring, has a month to submit its updated business plan to the country's Civil Aviation Administration (CAA). 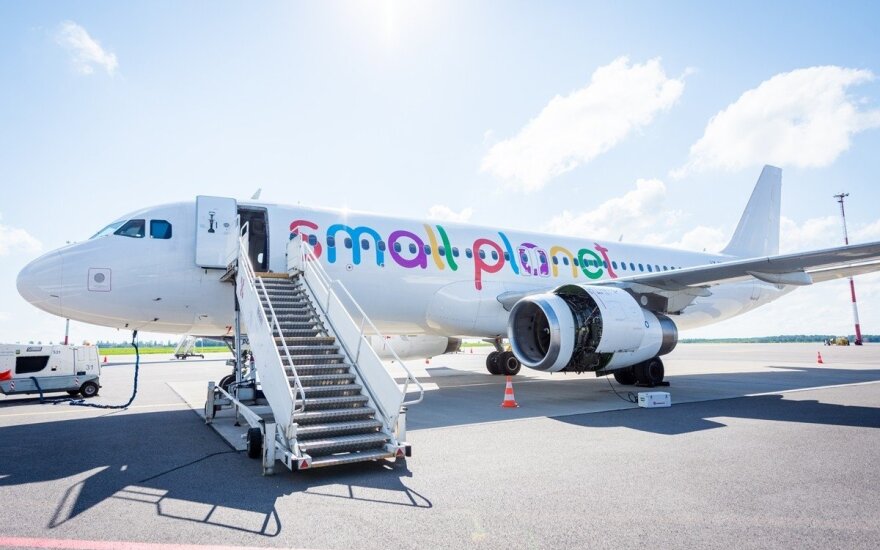 CAA Director Joris Gintilas says the airline's future outlook will depend, among other factors, on the next steps by its key partners in Lithuania, the tour operators Novaturas and Tez Tour.

"If Small Planet Airlines continues to work together with Novaturas and Tez Tour in serving the Lithuanian market, we definitely see no risks to customers or passengers," Gintilas told BNS.

"There should be no risks to passengers anyway, because the airline is a charter operator that doesn’t sell air tickets. Thus, even in a worst-case scenario, Novaturas and Tez Tour should be ready to bring in other flight operators," he added.

Small Planet Airlines' situation and its plans to restructure its Lithuanian company were discussed during Friday's meeting of the CAA Air Transport Licensing Commission.

"The airline undertook to draw up a restructuring plan and update its business plan with the focus on the company's operations in Lithuania, without the expansion nuances," the CAA director said.

"(The plan should provide for) how debts due to subsidiaries' operations could be covered by further developing its profitable operations in Lithuania. They plan to do so within a month," he said.

According to the director, Small Planet Airlines CEO Kristijonas Kaikaris told the authority that the company was projecting around 2 million euros in operating profits in Lithuania for 2018.

Small Planet Airlines announced earlier this week that it had filed for restructuring in Lithuania after launching the restructuring of its Polish and German subsidiaries due to financial difficulties. It says an investor is not necessary in Lithuania, but the company is still looking for one.

The company says the restructuring process will not affect its flights from Lithuania and from its foreign bases.

Novaturas , one of the largest tour operators in Lithuania, says restructuring of its partner,...

Aleksandras Sukovas , the head of Tez Tour , one of the largest tour operators in Lithuania, as well...