BNS
aA
Lithuanian airports and road infrastructure are bursting and need upgrading, Transport Minister Rokas Masiulis says, adding that the upgrading of Vilnius Airport is the minimum task the state must complete. 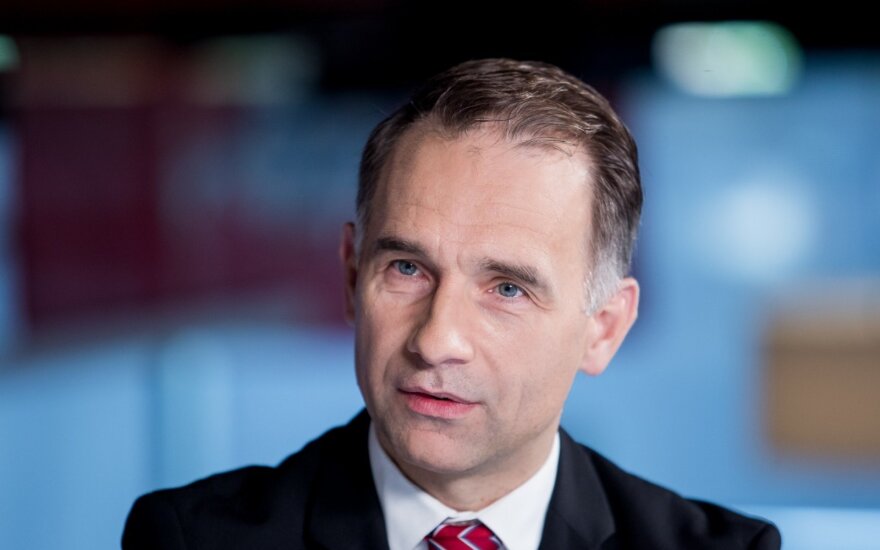 "The air transport infrastructure is already bursting as it was meant for smaller passenger flows. We must upgrade Vilnius Airport and it's not even part of long-term planning, its' the minimum we must do," he told a conference organized by the Democracy Development Fund and the Valstybė (State) magazine on Tuesday.

According to Masiulis, the next decade will be very important as several vital projects, including the Via Baltica, Rail Baltica, Klaipėda's external port, Vilnius and Kaunas Airport upgrades, will be completed and also potentially a new airport will be built.

"The next decade will be very important as we have to finish the road and railway integration, the construction of Klaipeda's external port, upgrade the airports and possibly decide on the construction of a new airport. We have no time to rest and need now to start projects that will use our potential in 10, 20 or 30 years," the transport minister said.

Last week, Masiulis said he had started talks on changing the cultural status of Vilnius Airport's main building, which will allow demolishing the old terminal and building a new one. In his words, a modern arrivals terminal would contribute to improving Lithuania's image.

Masiulis also announced plans to build a new passenger terminal in Kaunas and link the airport with the Rail Baltica railway by building an underground station. This transport hub should start operating in 2026 after the Rail Baltica is completed.

Several projects that are important for Lithuania, such as the Baltic power grids' synchronization...

During the nine months of this year, air traffic controllers handled 204.2 thousand flights in the...