BNS
aA
Lithuania wants to purchase the Klaipėda LNG terminal's floating storage and regasification unit (FSRU) from Norway's Hoegh LNG before the expiry of the 10-year lease period in an effort to reduce the terminal's costs and will seek support from the European Union for this purpose, Energy Minister Rokas Masiulis said on Tuesday. 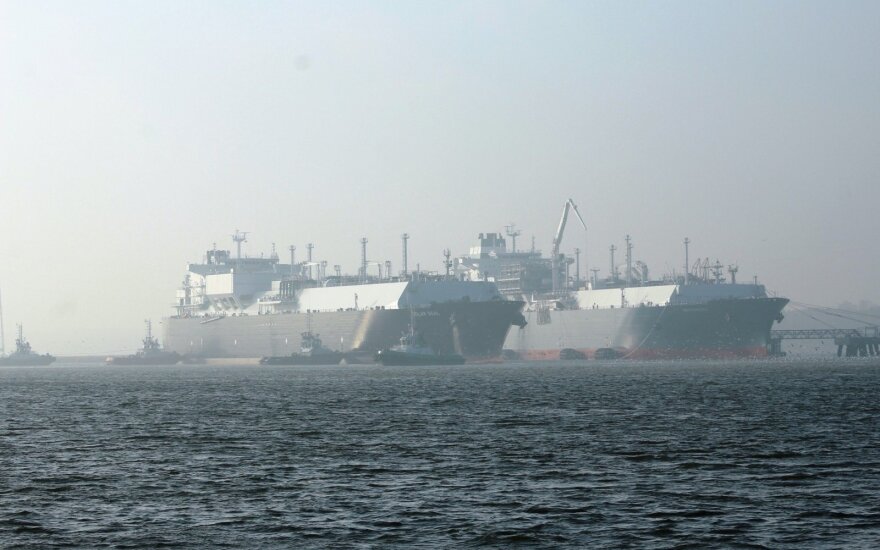 "One of Lithuania's interests is to purchase the terminal. That would help us to further reduce the price of gas, because we would then be able to spread the costs over a longer period of time. We expect that the cost of the terminal could go down by another 20 percent," the minister told reporters in Klaipėda after meeting with Maros Sefcovic, the European Commission's vice-president for the energy union.

Masiulis said that he could not say at this stage how many funds would be needed for the acquisition of the vessel and how much money the European Commission could provide for this purpose.

"At this stage, we are talking about the very principle. This requires more detailed discussion. These are preliminary discussions. We have turned to the European Commission (to inform it) that we will have such a wish, but it is too early to speak about funds. At this stage, these are discussions in principle," he said.

Klaipėdos Nafta (Klaipėda Oil) has been leasing the Independence, a FSRU with a capacity of 170,000 cubic meters of LNG, from Hoegh LNG since December 2014. The state-controlled company is looking to borrow €300 million from international banks to finance the lease and purchase of the vessel.

The contract gives the Klaipėda LNG terminal's operator the option to purchase the vessel after the lease period expires in late 2024. Last year, Lithuania asked Hoegh LNG to sell the FSRU earlier, but the Norwegian company declined. The purchase price has not been disclosed to the public.

LNG competence centre to open its doors in Klaipėda

Opening of the liquefied natural gas (LNG) competence centre in the seaport is a significant event...