the Lithuania Tribune
aA
Lithuania and Ukraine have signed a preliminary memorandum on joining a new cargo train route, the so-called New Silk Road, that would transport rail container traffic directly from the Baltic directly to China. 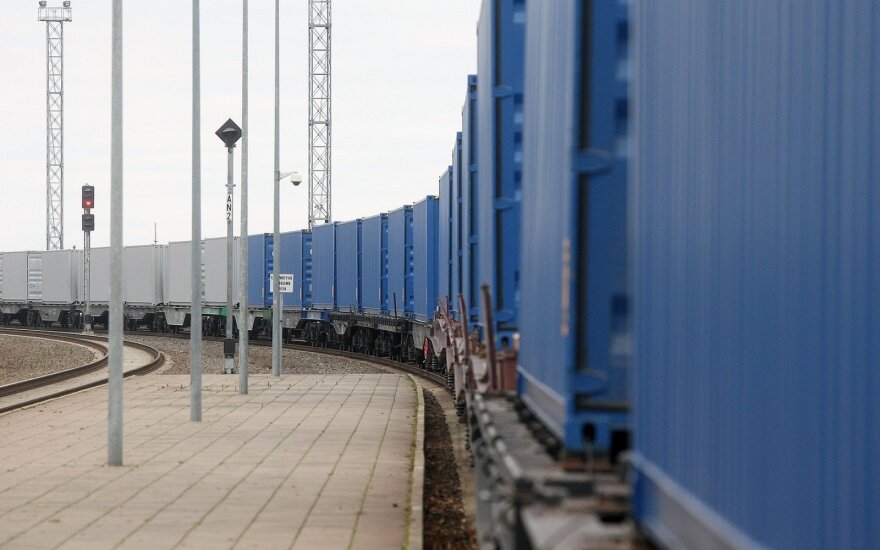 The new trade route would bypass Russia taking a route to China that is half the normal journey via Russia at just 5,400km.

“I'd like to emphasize the necessity of cooperation with our European partners. The fact that Lithuania has showed its interest and we've signed a preliminary memorandum of joining this New Silk Road with the Viking train means that as part of our cooperation with the European Union (EU), as part of the implementation of the Free Trade Agreement not only Ukraine, Georgia, Azerbaijan, Kazakhstan and China will join the route, but also EU members,” said the Ukrainian prime minister Arseniy Yatseniuk.

"The Viking [train] from Klaipėda will also receive a chance to ship its goods directly to China bypassing Russia,” he said.

A corresponding protocol was signed during a meeting of the heads of railways of Kazakhstan, Azerbaijan, Georgia and Ukraine on the issue of forming competitive tariff conditions for cargo transportation on Asia-Europe-Asia routes in Odessa on September 11, 2015.

The first train on the new route across Asia from Ukraine was launched on January 15, with the train reaching China in 16 days on January 30, 2016.

The Viking combined cargo train had been operating since 2003 and runs through Lithuania, Latvia, Belarus and Ukraine, connecting sea container lines of the Baltic Sea and the Black Sea. The Viking project was joined by Bulgaria in 2012.

China Merchants Group (CMG) plans to transport at least 120,000 containers per year through...

On Wednesday at the Government Office, representatives of Klaipėda State Seaport Authority and...

Lithuanian Deputy Minister of Transport and Communications Arijandas Šliupas together with the...