BNS
aA
Energy Minister Rokas Masiulis has not denied that Lithuania is in talks with Norway's Statoil on a more flexible schedule of liquefied natural gas (LNG) imports, saying that various operating modes at Klaipėda LNG terminal and its possibilities are currently being tried out and that the ministry has asked companies related to the LNG facility to prepare for various possible scenarios. 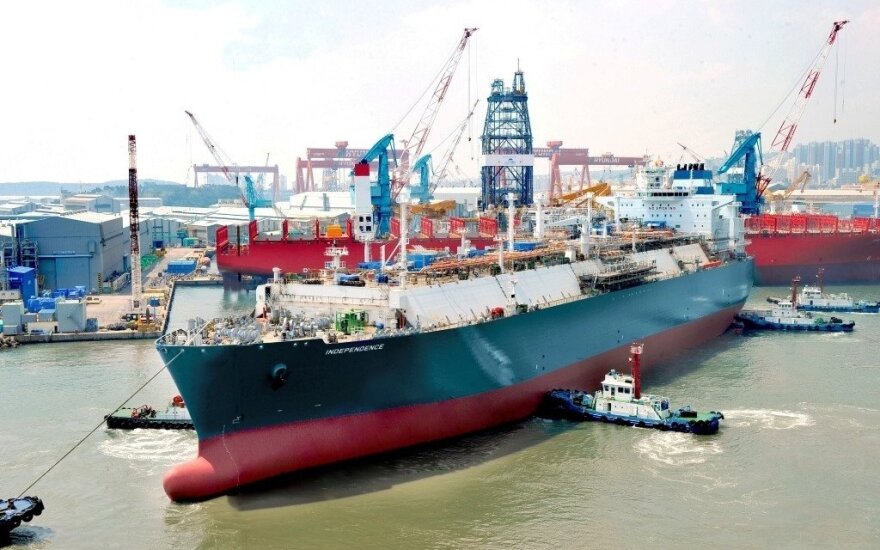 The minister admits that information about the talks with Statoil has been made public somewhat prematurely.

"Perhaps this should not have been made known to the public as a guaranteed and final thing. Even if we do not rule out this happening at some time, at this stage, it is consideration of possibilities. When there is an agreement on these possibilities, then decisions on a model of operations will be made," he told BNS in an interview.

The minister last week pointed out an error in Bloomberg's report that Klaipėdos Nafta (Klaipėda Oil), the LNG terminal's operator, was in talks with Norway's Statoil on lower LNG imports.

Therefore, BNS asked Masiulis during the interview if that could mean that Litgas or the Ministry of Energy was in talks with the Norwegian supplier.

"Litgas, which trades in gas, is in talks and has reached a deal with the Latvians on the use of the Incukalns storage facility and is looking for possibilities to store a certain part of gas in Incukalns, if needed. It is also talking with Statoil on increasing the flexibility of supplies, but I wouldn't like to elaborate, because it is up to the company to comment," the minister told BNS.

"But the ministry has asked the companies that are related to the terminal to look into all possibilities so that we know all the options when we map out a scenario of operations for next year," he said.

Bloomberg reported last week, citing Klaipėdos Nafta CEO Mantas Bartuška, that Klaipėdos Nafta "is in discussions to cut volumes contracted from Norway" amid a significant drop in demand for gas in the country. A Statoil spokesman declined to comment on this information to Bloomberg. The news agency later published Bartuška's statement in which he said that neither Klaipėdos Nafta, nor Lithuania was discussing lower imports with Statoil.