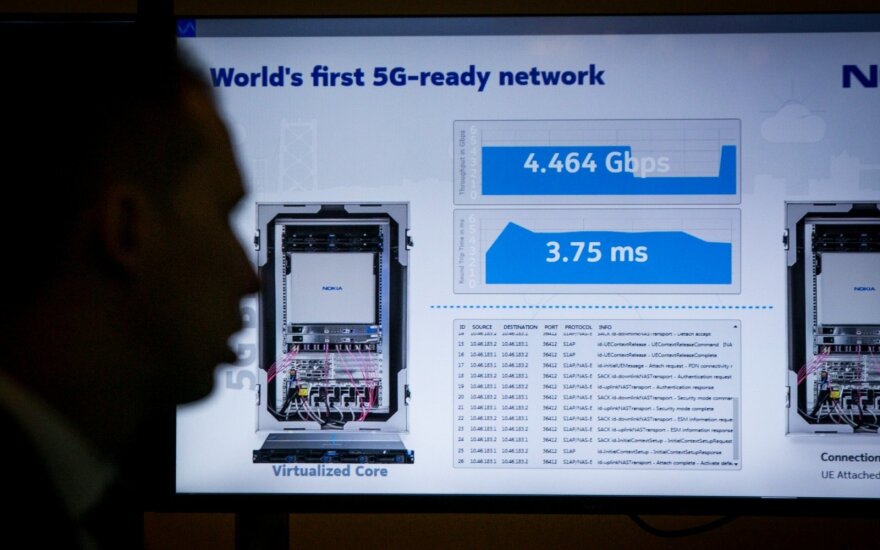 The Communications Regulatory Authority (RRT) plans to run an auction for 700 MHz frequencies by 2022 after the government decided last week to free the band, which is now used for digital TV, for 5G.

However, there may be some difficulties in border regions, because Russia and Belarus use the 700 MHz band for terrestrial television and do not intend to free it.

RRT experts also note that a widespread use of 5G is likely to begin even later as there is no need for these services in the market now.

Related articles
Telia’s CEO: price is no longer the most important factor for Lithuanians
Teo and Omnitel became Telia

Augutis Čėsna, director of the Radiocommunication Department at RRT, told BNS that the authority is yet to draw up a procedure for allocating the newly freed frequency band to wireless operators.

In his words, the issue of Russia and Belarus, which use the band for terrestrial television, remains unsolved.

"The European Commission has unsuccessfully tried to solve this issue. Lithuania, Latvia and Estonia have now officially asked the Commission to join them in their talks with Russia. No meetings are scheduled yet. Only letters to their ministries have been sent," the official said.

If the issue is not solved by late June 2022, operators will be issued with frequencies with restrictions on deploying 5G infrastructure in border areas, he said, adding that operators could also deploy 5G in other frequency bands.

Lithuania among the global leaders in 4G (1)

Mobile internet has helped Lithuania earn a place among the global leaders. OpenSignal, an internet...

Random employees rather than experienced specialists in the field normally are in charge of hardware...

Telia Lithuania set to lay off almost 300 employees this year

Lithuania's integrated telecommunications company Telia Lietuva is set to lay off 285 employees this...