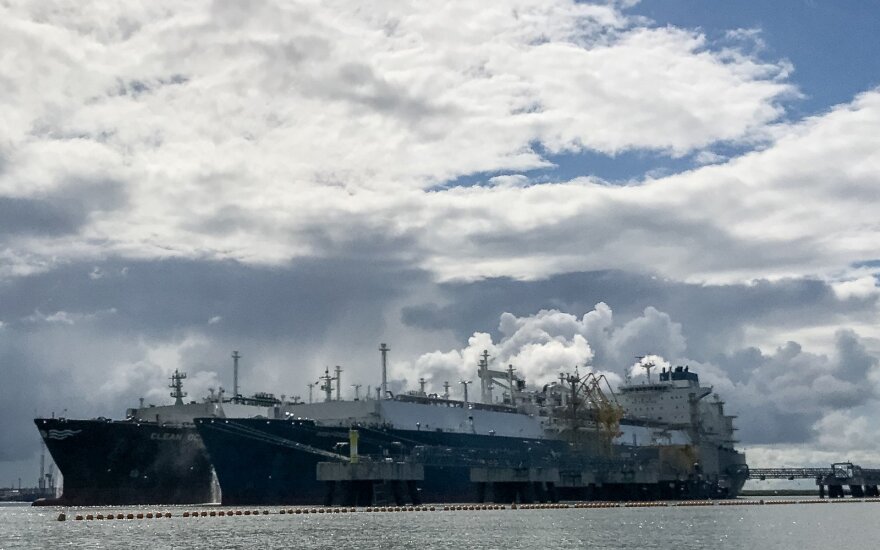 The deals were signed in Washington D.C. by Klaipėdos Nafta (Klaipėda Oil), the operator of the Lithuanian LNG terminal, and Lietuvos Dujų Tiekimas (Lithuanian Gas Supply, LDT), which is operated by the state-run energy holding Lietuvos Energija.
Mantas Mikalajūnas, CEO at LDT, said the deal widened the circle of potential gas suppliers.

Related articles
Baltic presidents' meeting with Trump: 3 topics
President regarding Washington visit: a summit meeting of this level is happening for the first time

"The growing number of LNG exporters in the US does not only contribute to diversified supplies but also helps ensure favorable prices for consumers," Mikalajūnas said in a press release.

Freeport LNG is about to complete an LNG terminal in the Quintana Island, Texas.

Freeport LNG intends to open the first LNG line at the end of this year, with another two lines expected in 2019.

According to forecasts, the United States' annual nominal capacities of LNG production will grow to 70 million tons (95.5 billion cubic meters) in 2020-2021, which would allow the US to become the third-largest LNG exporter after Australia and Qatar.

"The LNG exports terminals under development in the United States are very important for the European market. The new lines are built on the US east coast, therefore, the growing LNG supply in the Atlantic Ocean will boost competition. This will help us ensure diversified and flexible gas supplies at competitive prices," said Mikalajūnas.

Currently, natural gas supplies and trade companies Lietuvos Dujų Tiekimas and Litgas, which are part of Lietuvos Energija group, have signed around 15 non-binding general trade contracts with global LNG suppliers that supply around half of the world's liquefied natural gas.

Ahead of the meeting of United States President Donald Trump with the leaders of Lithuania, Latvia and...

Viktoras Pranckietis , the speaker of the Seimas, on Monday urged Latvia to launch the ratification...