BNS EN
aA
Lithuania used to earmark about 6 percent of its national budget to the Soviet Union during the Soviet rule, which proves that Lithuania and other nations were not dependent on the Soviet Union but were its donors, a Latvian researcher has said. 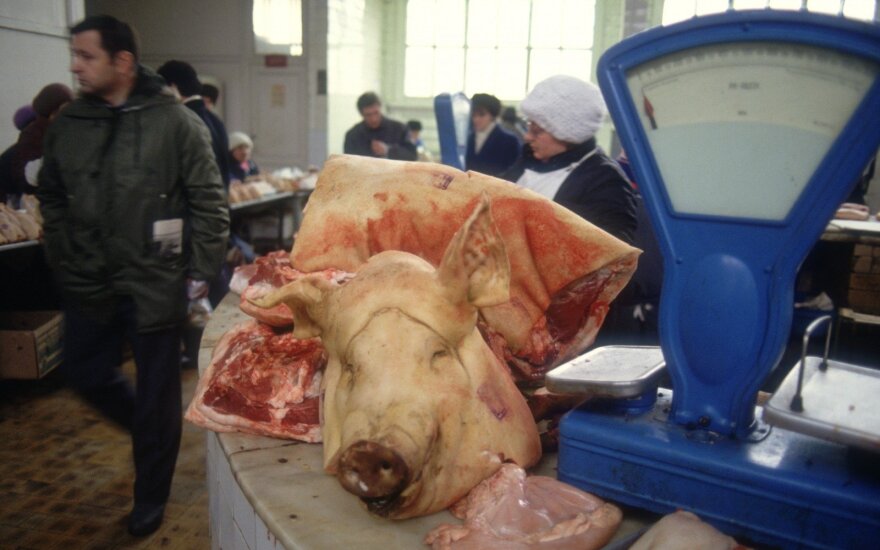 Shop in the USSR
© Vida Press

Gatis Krumins, rector of the Vidzeme University of Applied Sciences, also emphasized that about a third of Lithuania's national budget went towards military structures fighting Lithuanian guerrilla in the first decade of the occupation.

"All literature from the Soviet era tells about the immense support from the central budget of the Soviet Union. However, the data I found about Lithuania suggests that it used to donate 5-6 percent to the Soviet Union's budget, although the number is very high," Krumins told BNS Lithuania in Vilnius on September 20.

Together with an expert commission set up by the Latvian government, Krumins presented methods for calculation of the damages caused by the Soviet occupation and the archival financial documents the panel has managed to find.

According to the calculations, Lithuania's national revenue and the revenue from the Soviet Union's central budget stood at 2.61 billion rubles in 1949, while the spending was 2.46 billion rubles.

Krumins is convinced that the methods could help Lithuania in calculating the damages caused by five decades of Soviet occupation.

"To me, compensation from the Soviet Union is not as important. The important part is destroying the myths (…), the misinformation that has been provided," he added.

Justice ministers of Lithuania, Latvia and Estonia signed a declaration in late 2015, stating their aspiration to calculate the damages incurred in the wake of Soviet rule, demand compensation and assess the Soviet crimes on the international scale.

Latvian experts are expected to next week present an analysis of archival financial documents, proving...

Lithuania wants to prove it was net contributor, not recipient of Soviet funds

As part of its effort to estimate the damage caused by the Soviet occupation, Lithuania wants to dig...

The Lithuanian Genocide and Resistance Center has failed since the start of this year to find a...