BNS
aA
Minister of Energy Rokas Masiulis says that a broad political consensus is needed in Lithuania on the issue of the Astravyets nuclear power plant under construction in Belarus. 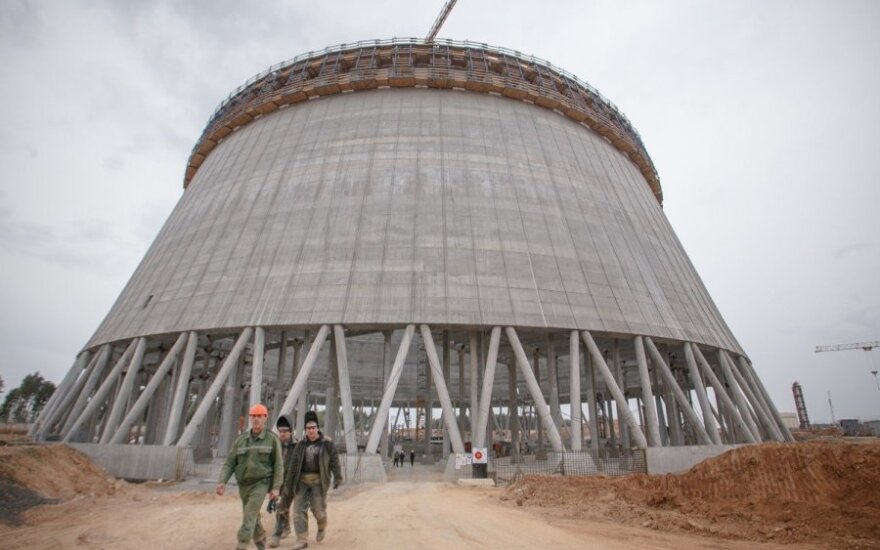 According to Masiulis, next week, when Prime Minister Algirdas Butkevičius is back in at work after his vacation, efforts will be made to reach such an agreement and make decisions on joint steps to be taken to restrict access to the market for electricity produced at the unsafe nuclear power facility.
"A consensus among all political parties is needed regarding Astravyets so that we could tackle this issue jointly, rather than hindering one another," he told BNS on Monday.

The minister said that an international agreement restricting trade with third-party countries would be the most efficient and cheapest way to restrict access to the Baltic region for electricity produced in Astravyets.

He said that Lithuania's power imports from third countries, which currently account for around one-third of its total consumption, would be replaced by increasing electricity flows from the Nordic countries, Poland, Latvia and Estonia.

Options that are being proposed also include installing direct current converters at the interconnections with Belarus to regulate electricity flows.

A unilateral decision by Lithuania to restrict electricity trade with Belarus is has been called a fast but but unreliable option, as electric power from Astravyets could then reach Lithuania via Latvia and Poland.

An efficient but unreliable option would be to dismantle the interconnections with Belarus. However, the Baltic systems, which are not synchronized with continental European grids, would then have to operate in isolation, which would be expensive and unreliable because of high risks of accidents and power supply outages.

Last December, Masiulis called on his Latvian, Estonian, Finnish and Polish counterparts to restrict access for electricity from the nuclear power plants being built in Belarus and Kaliningrad. He also proposed that the Astravyets plant issue be discussed at the EU level.

The Espoo Convention's member states have announced that the Astravyets nuclear power plant does not meet the convention's requirements. Lithuania has repeatedly criticized Belarus for its failure to ensure the safety of the project under construction near the town of Astravyets, which is only 50 kilometers from the capital of Vilnius.