BNS
aA
Lithuania has to ensure technological progress and innovation to avoid falling into a middle-income trap, a senior European Commission (EC) official said on Wednesday. 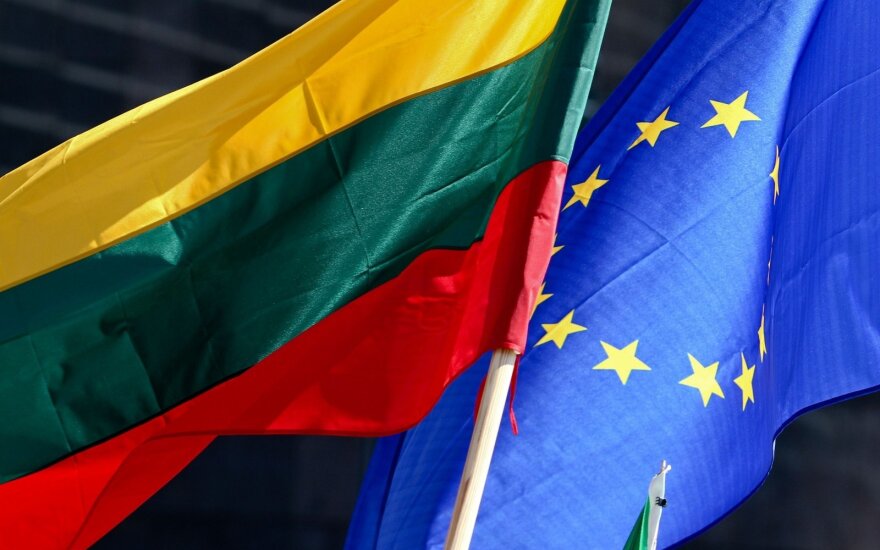 Marc Lemaitre, director general for regional and urban policy at the European Commission, commented on Lithuanian Finance Minister Vilius Šapoka's warning that the country may face the risk of falling into a middle-income trap due to a planned cut in the EU's cohesion funding.

"I say no, but I also say that the future path of development of Lithuania does not stand and fall with cohesion policy. Cohesion policy is one element," Lemaitre told BNS.

"The middle income trap is a notion where regions of Europe have reached a certain level of wages which make them relatively uncompetitive because they are not in an innovation process," the official said.

"The key to not fall into that is while wages are progressing and they are progressing nicely for the moment in Lithuania, to ensure that the technological uptake and innovation keeps pace", he added.

If Lithuania carries out all of the recommended reforms, its economy will continue to converge toward the EU average, the official said.

The Commission recommended in May that Lithuania improve tax collection, the quality of the education system and the tax and benefit system.

Šapoka said after meeting with Lemaitre on Wednesday that a sudden drop in the EU's Cohesion support is raising the possibility of Lithuania getting into a middle-income trap.

"The European Commission's proposal to reduce cohesion funding for Lithuania by 24 percent is not acceptable for us. We have also been in favor of support provision rules stipulating a gradual reduction for regions crossing the development limit of 75 percent of the average EU GDP per capita. A sudden drop in funding poses threat to Lithuania's further convergence and raises the possibility of getting into the middle income trap, which will further fuel emigration," he said in a press release.

According to Šapoka, during the talks on the 2021–2027 budget, Lithuania will seek the use of two statistic regions – the capital and Midwest Lithuania – for the calculation of regional support.

Based on the Lithuanian Finance Ministry's calculations, the EC proposes reducing cohesion funding for regional development in Lithuania by 12 percent to 6.4 billion euros at current prices. Meanwhile, at constant prices and without taking inflation into consideration, the cut would stand at 24 percent to 5.6 billion euros.

The cohesion policy is aimed at supporting poorer EU regions to help them catch up with the richer ones.

The middle income trap defines an economic situation when countries reach the middle income level but lose their competitive edge and their growth slows. Such countries are unable to compete with cheap labor countries as they no longer are countries of that type. But they are also unable to compete with countries having high technology since they barely have such technology and the transition to the production of high-value-added products and services is a long process.

EC proposes cutting support for rural development in Lithuania to EUR 1.2b

The European Commission is proposing cutting support to Lithuania for rural development in 2021-2027...

The EU 's cohesion support for Lithuania may decline by around one-fifth in the bloc's new budget for...

Under the European Commission 's proposal, direct payments to Lithuanian farmers would reach only 80...